Chaosium’s line Editor Dr. Lynne Hardy is a true expert on the matter of finding gaps and holes in stories and #RPGs, and thus, she knows a lot about our topic: Reality vs. Verisimilitude.

Whether it is a Fantasy, Horror, Science Fiction or any other genre, we deal with things in-game that are totally impossible and yet, they are accepted as realistic.

Trouble is that more often than not people mean verisimilar rather than realistic. And that difference means a lot.

When we say realistic we are imposing a series of norms and laws of physics, society, biology, etc. that correspond with our world’s. When we say verisimilar, we mean that they make sense, that they feel real event though they are not.

So how and when should we stop reality to justify verisimilitude? What are the boundaries and how does it get implemented?

Adventure creation can be tremendous fun, but sometimes we find ourselves without inspiration to get our mojo flowing and starting from the end can give us that little bit of spark to get our adventures going.

In this video I want to explore adventure creation starting at the end, and how to make that end even more interesting and unpredictable for your players by twisting some aspect of the story.

By starting at the end of the adventure, you give yourself a goal and thus, the only thing you have to do is to find a means to obtain that goal.

Even though this might sound cumbersome to start with, the fact is that knowing what we want makes it a lot easier to figure out how to get it. It helps the adventure design process by giving us a means to get started without stressing where we want to go.

Of course there is a lot more than that to it, and in the video I cover a few examples that will hopefully help you design your adventure regardless of what roleplaying game you play.

Let me know what you think! 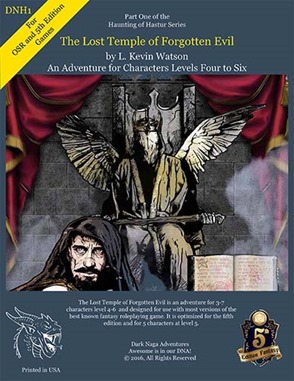 Very often we find encounters during our adventures that are, quite frankly, appalling. Truly unsatisfying either because they are too hard, too easy, the monsters don’t really matter or, simply, it makes no sense.

Designing encounters is a tad harder than it might appear, so I invited Kevin Watson, from Dark Naga Adventures, to come to the podcast, since he has designed more encounters and adventures than most and he knows his salt.

Hope you enjoy the interview!

You can find out more about Dark Naga in the following links:

You can find us in iTunes, Stitcher or download the episode. 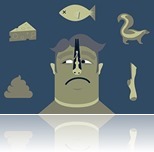 Why do we see so many RPGs with bad Stinky Graphics?

Graphic Design is a massive part of any visual product, in fact is totally paramount. With bad Graphic Design and stinky graphics, the product will never be good, no matter how many qualities it has.

In this impromptu podcast, Jim and I talk about this precise topic and we try to figure out why there are so many bad products out there.

This podcast was recorded at 2am in Spain and I was a bit on the tired side, so it seems I ramble a bit. But don’t worry.. it is on topic rambling and I can ramble rather well, so it won’t be too boring. I promise!

Hope you enjoy the show and let us know what you think.

You can find us in: 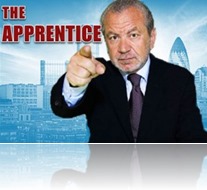 Beware, this open letter is an opinionated rant about games in large department stores.

Last night, after our holidays, we decided to watch the only episode of The Apprentice I could have possibly had any interest in. The episode in which they have to design a board game from start to finish in 48 hours and then sell it.

Let’s not go into the issues of asking a bunch of self-serving, up-their-own-asses, pompous, arrogant cretins to create something none of them have a freaking clue about (I am sure their mum think they are wonderful and that if I took time to “get to know them” they would look or sound so bad; but the fact is that they sound that bad and that’s all I have to go with. Sorry).

Let’s not go into the fact that one of the groups designed – more like put together, but never mind – a game that children were actually enjoying even though it was Pictionary for geography without maps and ugly as hell. Geogeek, I think it was called. At least that one had hope of becoming something better if someone with 1/2 a brain took a look at it.

Let’s not go into the fact that the other game was a sexist piece of shit game in which people were giving a multiple choice question and they had to choose the answer. Questions like “What do women like more in a man? A smile, great clothes, lots of money”. Exactly. Let’s not get started on “The Relationship Guru”.

Instead lets get started on how the buying process from Waterstones and Toy R Us went. And for fairness’ sake, let’s assume this was all staged and it might not resemble reality, though by looking at the selection of games they have in those stores, it is safe to assume also that reality is not too far from that program.

During that process, the sellers pitched their “games” to people who looked like generic buyers and not games specialists (first mistake, dear department stores!) and were only interested in whether the game would sell or not, not if the game was any good or not.

And I know that because none of them played the game. None. A few times they asked the “apprentices” to play and explain the game in front of them, but that was it. No real interest in experience what their customers would go through or how much enjoyment they will derive from it. Nothing.

Still, they sold a lot of copies and even Toys R Us got some copies of the detestable Relationship Guru. That left me totally speechless, but I guess when you don’t have to worry about how much your game costs to produce because we, the TV licence payer is actually subsidising that, you can afford to sell a game for £8 even if it costs £12 or £15 to produce.

To say that I was dismayed is an understatement.

Today I went by the games section of WHSmith and then the shop window of Waterstones and suddenly it all made sense.

And quick is the key word here.

If they were prepared to nurture a selection of customers who will come back time and time again, they’d be prepared to have games that might cost them a bit more than £8 to buy, they’d feel the benefits. If they had someone in the shop able to give an overview of a game that involved more than “roll two dice” or “draw a card and read from it” they would feel it.

But most importantly, if they actually had people who understand games running their games’ sections they could, probably would, become the next wave of games store in every single town with all the benefits that entails. Probably most of the people reading this article would be able to restock the shelves of any major store with a better games selection that could attract more customers.

Imagine this. Go into Waterstones in Brighton. They have a Costa cafe on the third floor. The games are on the ground floor (first floor for you American friends). Buy your game. Sit down with a coffee and start to play.

How could that possibly be a bad thing for any business?

So shops of the world, please get your act together. Hire people to the job who understand the product and, most importantly, the customer. Find a way to balance your need and your ability to sell to promote good games, not the same old tropes. It really doesn’t take much and the long-term benefits will be much, much bigger.