Today, I’m reviewing Mini Six: Bare Bones Edition, from AntiPaladin Games, written by Ray Nolan and Phil Morris. Mini Six is available both as a free pdf or in print for $8 (with free shipping in the U.S.). Mini Six is a generic, 38-page, d6-based system that seeks to provide a faster, but still-compatible version of the West End Games-derived d6 system.

As a brief commentary, d6 has been an ill-starred system in a lot of ways. It shined in such lines as Ghostbusters and Star Wars, but the history of d6 has been one of struggles since then. The mercurial, frustrating nature of the last days of the last incarnation of West End Games served to turn a lot of people off d6, fairly or unfairly. Honestly, when I first heard of Mini Six, I sort of glossed it over–that’s how tired I was of the d6 drama. That turned out to be a disservice to both myself and the fine folks at AntiPaladin Games, who have made a really nice product here.

Mini Six strives to simplify itself from traditional d6 in many ways. There are 4 stats (the self-descriptive Might, Agility, Wit, and Charm) instead of 6, and there are some tweaks to how combat is handled (more on that in a minute). The Wild Die remains, but is different in Mini Six; unlike standard d6, a result of 1 on your Wild Die doesn’t spell catastrophe. However, results of 6 still explode.

The basic of character generation are described in less than a page. There are 4 basic steps involved. First, you distribute 12 dice amongst the 4 attributes mentioned above. No attribute may begin with less than one or more than 4 dice assigned to it. Then, you distribute 7 dice to skills, with a cap of 2 dice for any skill at the start of the game. 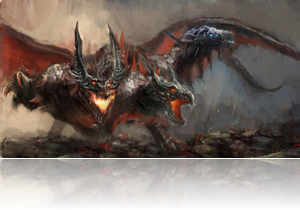 After these first two steps, players can choose Perks and Complications, if they so desire. Perks and Complications are little quirks, abilities, hindrances, or special circumstances that modify the character. Perks cost you in skill dice, and are things such as Lucky (cost 2D, lets you reroll an attempt once per session) or Sidekick (costs 3D, gain a minor accomplice and sidekick in your travels). There are also Esoteric Perks, such as Telekinesis and X-Ray Vision, to provide examples of the sorts of Perks a powers-based game might have.

Complications are flaws or hindrances for the character; they don’t cost dice, but when these problems come up in play, a player can earn up to 1 Character Point per session. (Character Points, or CP, work not unlike XP in other games. They may be spent to better skills or attributes). Complications are limited to two per player, and are items such as

The last section is to choose gear, which is presented in Mini Six in abbreviated form–unsurprisingly for a generic ruleset.

The basic skill resolution in the game should be familiar to d6 fans, and easy enough for new gamers to grab immediately. In essence, you roll relevant attribute + relevant skill vs. a Target Number, or TN. A Very Easy Task may have a TN of 2-5, whereas a Difficult roll may have one of 16-20. Truly Heroic Tasks may be in the neighborhood of 31+ TNs.

Mini Six also includes Hero Points, which are rewarded by the GM for various incentives. They can add to rolls, help reduce damage, and other various benefits. This is a subsystem that has been featured in similar ways in many RPGs, and is an easy enough option to turn on/off as the GM prefers.

Combat is presenting in a single page. Traditional d6 combat is also presented and compatible, but the default combat sets up as the Fast Static system, where defensive abilities of opponents are set as static TNs to be overcome. Depending on how far over the Target Number the attacker rolls, the defender may be anywhere from Stunned to Dead. This is a sort of damage track/level system, where each level of damage has adverse affects. For example, a character who is merely Stunned will suffer -1D to all actions for two rounds, whereas a Wounded character (the next step up) is a -1D to all actions until healed. The penalties are even more severe as the character spirals to Death. The Fast Static combat should be a time saver for a lot of groups.

Mini Six also takes some time to discuss vehicle rules, and features a nice, if short section on various vehicles that might be encountered in various genres along the way. Along with this are Mini Six’s scaling rules, which help to define the difference between things such a player firing a laser pistol and vs. a starship attacking. It seems like a little thing, but I was impressed that this oft-overlooked detail was addressed, quickly and reasonably.

Mini Six contains a lot in these 38 pages: several sample settings are presented in abbreviated form, from a Willow-esque fantasy realm to Precinct ‘77, a love letter to 70’s cop shows. These are fun, inspirational settings, and I hope more than one of them is fleshed out further.

Rounding out the book are conversion notes for Mini Six and d6, a simple magic system (I have seen several people suggest pulling WEG’s d6 magic systems instead; I don’t see either option as a problem), some optional rules to suit various game types, GM advice, a reference sheet, and a great Rogue’s Gallery. And as with all proper-thinking RPG companies, yes, there is a copy of the character sheet in the back. All in all, this is a remarkably full smaller product, which manages to be so without being cluttered.

One complaint some readers may have is that the game isn’t always completely clear on gaming concepts. I understand they are working with a self-limited page count, but a thorough example of play for skills or combat would have been nice. The authors of Mini Six do assert this is generally not a game for novice gamers, but hopefully there will be an edition that is, as I think the d6 basis is a pretty solid one for your rookie RPGer.

The other issue some may find with the product is that the layout could be better. Things seems “squeezed in”, and crowding is evident on several pages. Even with a “Bare Bones Edition”, layout still counts. This isn’t a fatal flaw by any means, just something to work on in future products.

Even with a few bumps in the road, Mini Six should prove a welcome addition to the arsenal of setting-independent rulesets. I’ll give it a standard 3 on Style, but an enthusiastic 4/5 on Substance. If you’re looking for a simple generic system that doesn’t feel too sketchy, or want a somewhat streamlined, cinematic d6 experience, give Mini Six a look–I don’t think you’ll be sorry. It’s definitely worth the $8 I paid for the print copy, and of course the pdf offers a free look at the system before you buy. The d6 system has had a rocky, winding road as of late, but with products like Mini Six, it looks to be back on track. There are plenty of generic systems out there from you to choose from, but few are perhaps as well-considered, significant in legacy, and quickly grasped as Mini Six.

This review was first published by Zachary Houghton for in the RPG Blog 2.