So what are they? the basic idea is that you choose from 2 classes, one of which should be your favoured class. As soon as you reach 2nd-level, you’re considered 1st level in both classes you’ve been an apprentice of. The pdf offers an easy-to-follow 10-step procedure to guide you through the process of creating such an apprentice and even offers an example. The process is simple and amounts to basic addition of values from tables and is nice in its simplicity. The pdf contains tables for the core-classes, APG-classes (including the Antipaladin), Ultimate Magic’s Magus and the 3 Ultimate Combat classes. The addition of the UM and UC classes is a prime example of great product support, for which the guys from Tricky Owlbear definitely have to be applauded!

After getting these tables (all featuring two entries – the apprentice level and modified 1st level), we are introduced to the concept of single-level apprentice-classes as well as the idea to use the apprentice-levels to balance out ECL-races that are non-core (and which I considered obsolete) – nice if you have to go for a more powerful race, I guess. The advice provided for the DM to create apprentice level adventures is a night closing point for the pdf.

Editing and formatting are top-notch, I didn’t notice any glitches. Layout adheres to a printer-friendly b/w-2-column standard and the artworks are ok. The pdf has no bookmarks, but at this length that’s ok. The focus of this pdf in comparison to SGG’s is different, centring on the idea of Apprentice-level characters as basic for multi-class characters and the pdf succeeds at what it sets out to do – the combination of the respective rules to create unique hybrid apprentice-classes ensures that each combination feels slightly different – a neat combination of simplicity and diversity. While this diversity makes for a more interesting approach than SGG’S cutting stats into half and I love the additional UM and UC-support, there also are some downsides to this pdf: I would have loved to get some guidelines to convert e.g. classes of other 3pps to this system and no such advice is provided.

I really did not like SGG’s take on 0-lvl characters and I have similar gripes with this one: While it does its job and does it well, focusing on multi-classed characters, it also is a rather bland approach. I would have loved for some synergy effects for formerly apprentice-levelled characters, special glitches, abilities that don’t work reliably etc. While SGG offered only the math and this one results in more unique apprentices, they could have easily made for an even more unique playing experience. As written, all the potential for the botches, fumbles, and painful learning from literature remain largely untapped. In Germany, there’s a saying "Lehrjahre sind keine Herrenjahre.", meaning that being an apprentice is a hard time where you’ll be living in rather unpleasant circumstances and experience some humiliations and hardships. This aspect, unfortunately, is also absent from this pdf. The narrative potential once again wasted. That being said, I did prefer this pdfs take on apprentice-level characters, as it would be more work to create rules like that yourself and balance them. The dual apprentice-classes per se are cool due to offering variety and the pdf itself is solid, accomplishes what it sets out to do and is not a purchase I’d regret. The low price and ultimate magic/combat-support are commendable. However, while there’s nothing wrong with this pdf, I wasn’t wowed by the content. Some creative (perhaps alternate fumble-rules, fluff, unique restrictions etc.) additional rules, class-specific problems like animal companions not listening, wizards fumbling, fighter botching putting armour on or becoming exhausted – essentially some rules to incorporate the iconic failures of being an apprentice would have made this product a stellar offering. As written, I can recommend it as an elegant multi-class option, but not as something more. If you’re looking for that, this file might be up to 4 stars for you. Unfortunately, the pdf didn’t do it for me personally and I figure there are other people out there who think like me. Thus, as a reviewer, my final verdict will be a compromise of 3.5 stars, rounded down to 3 – slightly above average, but could have easily been THE resource for apprentice-level characters.

One Night Stands – Curse of Shadowhold 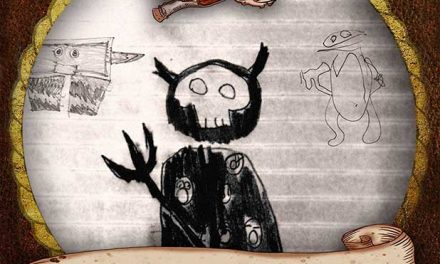