Sometimes family expect you to follow the professional traditions and for you to take on the family trade. So a banker might expect their offspring to become bankers, butcher to become butchers too, and so on and so forth.

But what happens when your family is actually professor Frankenstein? What if the family business is all about assembling body parts and bringing the dead back to life? It’s not the type of subject you can learn at university, I would say. So how do you learn the trade?

Well, you practise with deceased pets.

In Tobynstein you play as cousin of professor Frankenstein and your mission is to earn your cousin’s favour by reviving a dead pet to prove your worth.

This game comes from a Spanish company called Homo Ludicus(yes, yes… I can also make tons of jokes about the name and no, none of them were that funny) and, although you wouldn’t be blamed for not knowing them, they have a very impressive catalogue of games! And they are all in Spanish and English, with very decent translation, so nothing to fear regarding the country of origin.

The game, for 2 to 6 players, is a fast and fun paced competitive game in which each player will search for body parts in a deck of cards, stitch body parts together to get a full pet or steal a body part from an opponent. Once the player has managed to collect and stitch together all the body parts needed, one must announce “Revive!” before drawing a new card. If the card drafted contains a lighting bolt, the pet will come to live and the player wins.

There are two things that jump up in this game. The production values and the artwork. The cards are made of rigid cardboard that most games would love to have. They are not as thick as a standard board, but they are not thin card either. They, basically, will never bend unless you specifically make them.

The artwork is hilarious. And gruesome. But mostly hilarious. The cartoons of the four pets you can assemble are just fantastic. Toby the dog, Garfield the cat, Bernie the Iguana and George the chameleon. When you dig for parts, you can find either their heads, their torso or their lower limbs. You can either assemble perfectly so you end up with a full animal, or mix body parts but matching the colour of the stretcher where they are located. So, for example, you could have two parts dog and one chameleon if the chameleon is on a bed that matches the colour of the other two parts.

The gameplay is very simple. All players reveal what action they want to play at the same time. Theft goes first, then digging for body parts and then stitching body parts together. When you draw from the main deck, you can find objects too, that might help – or hinder – your effort in finding the right body part for you. All and all, a very simple game.

And it is very funny too. The bizarre combinations of animals are really funny and some of the object you can find are just perfect for the theme. The replayability is fair, though not great. We had a couple of games and we felt we needed something a bit “meatier”, but for a game that takes about 20 minutes to play, it is pretty excellent.

I’m not sure this would do well amongst young children, but I think anyone over the age or 10 should be OK with it. The size of the box is nearly pocket size (could be smaller if they were normal cards, though) and it doesn’t take long to learn, so one for a quick filler or a train journey.

Overall, more than happy to give this game 3 well deserved stars.

Article – D&Diversity. A pinch of genius! 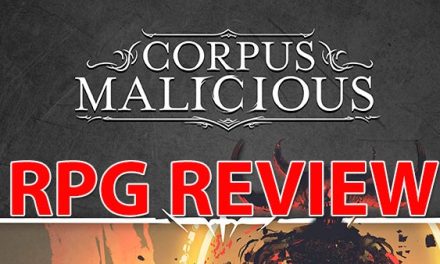