Why Games Workshop is not a good business

There is no doubt that Games Workshop is a successful company. They make a lot of money, are very well known worldwide, keep a very healthy number of games shops that video game retailers would like for themselves and the popularity seems to be on the rise, despite the highly priced products in the current economic climate.

So there is an argument to say that they are a good business. As three of my gaming friends put it in one of our conversations “they are making money, they are the people in the know, so that’s it. You are saying otherwise, and therefore you are not being logical, Paco”. Yes. They, pretty much literally, said that.

So, for the sake of clarity, I will point out that I do not consider profit to be the reflection of good business. Good business, in my book, is when any company makes the most from and for its market, not just its product. Also is when a company reaches to the widest possible demographic successfully.

So, as business, is it the best it can? The answer is no. By any stretch of the imagination.

There is no doubt that they make money. This is not because they do the best they can as business but because they do well with what they have. They have a loyal (brainwashingly so) following of people who are prepared to pay huge amounts of money for what is perceived to be quality product. They are also prepared to put up with the constant change of rules and the new books that appear on a regular basis.

They also make money because their margins are astronomical. Last I heard it was 2000%, but I have no real way to prove that, so take it as a guideline and not as a rule.

Let’s look at their shops. I have no idea what it is like where you are, but here, in Brighton (UK), the shop is small, dingy, uncomfortable and smelly. It is attended by people who don’t seem interested in anything else than to sell you as much as they can, which would be fine if they just pretended they care about the people and weren’t so jolly obvious about the intentions. But, of course, they are indoctrinated when they start employment to behave like selling drones and not like people who have an common interest with the clients. I know all this because the owner of my Friendly Local GAme Store is a former employee of Games Workshop and he can vouch for all this.

Needless to say, if you go into any of the shops and ask for any product they don’t sell, you will receive a smirk and probably be shooed away with some sort of holly water least you pollute the mind of anyone into believing there are games that have nothing to do with them.

You might get the feeling I don’t like their practices. I don’t. But let’s forget about that for a bit and look just at the business aspect exclusively. I still believe they’re not doing the best they can.

For starters they are not supporting everything with their name on it. Allowing other company (Fantasy Flight Games) to handle some of their products, specifically the RPG line and some boardgames, is indeed a shrewd move. However, refusal to sell those products and even support them with miniatures is incongruent. You may argue that it takes shelf space. I will argue that is space that will host products that will produce profit and will attract a different type of customer who could get interested in the rest of the product line.

You could also argue that they already have a business model that works and therefore don’t need anything else. I would argue that is a very narrow minded perspective for a business that relies on retail and retailers to sell their wares. Attracting shoppers who are interested in something else than their main lines of product provides the perfect chance to sell something else. That is pure logic. How many times do we go to a shop to buy X, and then get the shop assistant ask us “May I interest you in this? It’s only £xx today and it would work very well with your purchase”. Those shops do that because it’s a technique that works. I am not ashamed to say it has worked on me and you shouldn’t be ashamed to say it’s worked on you.. it probably has worked on every one at some point.

Thirdly, GW has a reputation for attracting “spotty kids”. Firstly I would like to point out that we have all been “spotty kids” at some point. To refuse going to a shop because there are young people in it is absolutely pathetic. The sort of prejudice that we condemn in other areas of the population when they call us “geeks” or “nerds”. Those kids will be us someday. However, I would like to point out that the majority of the sales team that work in GW hardly provide an image of professionally and trustworthiness that would inspire me to follow their advice or look at their wares. It is sad to say so, but when the person who is “helping” me is so eager to sell and so disinclined to talk and empathise with my needs and enthusiasm, I turn onto the internet and onto other shops if available. This, my friends, doesn’t make business sense.

I think it is pretty clear by now why I don’t believe that Games Workshop are the best business they can be. I would stretch that to say I don’t believe they are a “good” business. The margin of profitability they have are never, ever, ever passed onto the consumer. Products keep getting more and more expensive, even if the production keeps getting cheaper and cheaper. And no, I will not believe for a second that producing a plastic miniature today is cheaper than creating a metal one 20 years ago. Or even today.

This is not to say they don’t have their good points. It should be praised that, if you are into their games, the support is endless. Free painting lessons, tons of advice, championships, their own dedicated magazine… all at the fingertips if you like going exactly by what GW dictates.

Plenty of you will be wondering why I care. I am not into their games, so why bother writing all this?

Because I care about the hobby at a grander scale. That’s why.

GW was the flagship of our hobby. Games Workshop is the organisation that brought us D&D from the US and introduced myriad games. It is a social hub where young guys can get together and share a hobby that, if it is anything like mine, will change their lives.

But GW doesn’t care about that. At all. They care about profit. And nothing else.

I expect a fashion retail to worry about fashion. Not just because they should have an interest in making money, but because they should strive to provide the best fashionable content at the best price and to satisfy customers, and that means listening to those customers and predicting and setting trends. I expect a car manufacturer to care about cars for similar reasons. The same can be said about pretty much any industry.

Well, I expect GW to worry about gaming and gamers. They fail. They care about perpetuating a formula that’s making them millions without innovation and without passing any of the loyalty from the customers back to the fan-base.

Correct me if I am wrong, but that is not a good business.

My character and organisation entry for Dragon Raiders 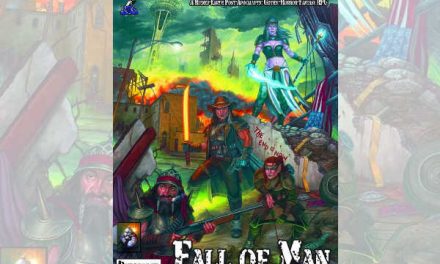