Not sure I want to be a geek anymore…

I have been a member of a minority pretty much all my life. Since I realised I was gay at a very young age – and I didn’t know what that meant at the time – I have been marginalised, ostracised, criticised, bullied and discriminated simply because I didn’t fit with the rest of the “boys”. Yes, life is pretty shitty when you are a gay man in the south of Spain. Things are better now, but in the 80s and 90s, it was a pretty horrific experience. Eventually I came out and that was a horrific experience in itself. I had to define my identity as a gay man and realise that being gay is not what defines me, it’s simply another part of me, like my arm, my nose or my love for spiders.

In time I started to wonder if being gay is such a big deal. When I came out I felt the need to reaffirm myself in front of people. I needed to validate my persona because I felt that, if people suspected I was gay but didn’t know for sure, they’d treat me differently. I also felt that if they knew, they’d make their attitude more open and obvious so I’d know where I stood how to deal with it. Of course I was right. I lived in an homophobic environment and people made their views very obvious. I was even driven out of an Utah based company because I am openly gay.

Now I just don’t bother telling anyone. If they have an issue with me being gay, then that’s their issue. If they make it my issue, then I make sure the issue goes back at them. I take no prisoners. The point, though, is that I don’t feel the need to tell people because I don’t think being gay is the most important side of me. It’s just another facet.

Being a geek is starting to feel the same about being, and being labelled, as “geek”.

Don’t get me wrong, I have no problem “being” a geek. It has helped shape the sort of person I am and I am very proud of that. And, quite frankly, I love being a geek because I love what it entails. I love the social aspect, the slightly esoteric hobbies, the idiosyncratic nature of our tastes, the passion that comes with being so attached to those hobbies, the community…

The positive aspects are much greater than the negative ones and I think that’s undeniable.

However plenty of people outside the “geekosphere” do deny that. Our image has become more and more popular in the last few years and, to some degree, it has improved somewhat, but there are still “ghettos” of geek society and people look at you weird, and judge you to be weird, if you confess to be a geek.

There are still some circles of people who will refuse to consider themselves geeks. There are others that will refuse to consider other people geeks. There are geeks who want to keep the hobbies for themselves and exclude women – and please, let’s not pretend those are not there – and there are geeks who desperately try to pretend they aren’t and hide it away.

The response I get from people when I tell them I am a geek “through and through” can be from the “Oh right… *steps back slowly*” to “What? You’re too normal… you might have geeky interests, but you’re no geek”.

Of course then there are the people around you who accept that you are a geek and have no problem with that, but apply to you the cliche and image they have of what a geek is. And then they assume that’s what you are and they treat you accordingly. Thus colleagues stop inviting you to go out for beers after work because “geeks don’t do that”. They will refuse invitations to go out because “Are you going to take me to a geeky place?”. They will not want to socialise with you because “I’m not interested in games”.

They don’t realise that I actually go out for beers without games and to normal pubs. I watch television, follow the news and read magazines and articles about politics, equality and many other interests. I draw in my spare time. I am a very accomplished photographer. I am a psychotherapist.

But none of that matters because I am a geek and a geek is not meant to be any of those things in their eyes.

Since I barely ever mention to people that I’m gay, I get a lot less of the “do you dress in women’s clothes” type of questions, and that makes me wonder what would happen if I didn’t have to make obvious that I am a geek. What if I were just me; geek, gay, photographer, psychotherapist, thinker, annoying, charming, meticulous, scatter-brain, writer… but didn’t tell anyone?

I have the feeling people would take geekdom for what it is, another facet of a human being who doesn’t have to be defined by any of those facets in particular, but by the combination and product of all of them. 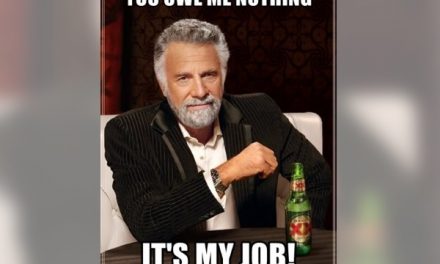