Hey guys, I’ve got a great idea for a post where I outline what I think were the best new games of 2012, and maybe even a little bit about why! Guys…? guys? Where did you all go… come back… please…

Lurching into the coveted number five spot is the zombie-gamers’ zombie game city of horror. All those thematic touches you want from a post-zombocalypse scenario are present, dwindling supplies, abandoned buildings, ever-growing swarms of the undead. However, unlike your standard-fare zombie game (and in common with the best zombie fiction), these are so much a backdrop to your and your friends’ quest for survival. Rather than playing against the formerly-deceased, you are really conniving against one another, forming alliances, trading supplies for favours, and above all else, gleefully stabbing backs. It’s almost like, y’know, we’re the real monsters…

The woodland-strolling, fungus-foraging behemoth creeps into number four. A gorgeous little two-player card game revolving around collecting sets is lifted above the pack by a combination of a neat ‘dynamic forest’ mechanic and simply divine components. The former means that the exact cards you want go whooshing past while you’re busy cooing over the latter. Half an hour more filled with tough calls and tooth-grinding hand management I have not found. Try it for a unique pairing of pastoral relaxation and white-knuckle frustration.

I almost don’t want to enjoy this as much as I have. It’s a miniatures game, it’s heavily dice driven, it’s enabling George Lucas… but it’s so much damned fun. The toys (sorry, miniatures) are quite gorgeous, the squad construction rules seem to keep everything perfectly balanced, and the urge to make the TIE fighter screamy-noise is irresistible. Sure, sometimes you’ll be waiting ages to get the one unanswered hit roll to finish off your opponent’s lame duck fleet, but even in this frustration is the chance to marvel at that rookie pilot’s evasive skill. You’ll be handing over a lot of cash if you want to get deep into this particular exhaust port, but even the fairly basic games I’ve played with the core set and a couple of expansions have been thoroughly enjoyable. The best solution of course is the one I’ve employed. Have a friend who owns this game.

Okay, double cop-out. I know, I know, a tie. Also, technically, both published in 2011, but both only got a widespread English-language release this year. So there. Currently the top two reasons for my burgeoning man-crush on designer Stefan Feld, both these games appeal to my more cerebral side. Both eschew direct conflict for a more oblique form of competition that sees players trying to outbuild each other, one as a Burgundian landowner, the other as an imperial Roman powerbroker. Both games feature a mechanism that dictates which abilities and commodities you can utilise each turn, and both let you plan to build up for competition-killing super-combos. The difference is that Burgundy sees you trying to funnel a huge number of resources into your ideal estate, while Trajan tests your ability to stretch one action a turn out into a sprawling empire on a board of different mini-games. Don’t make me chooose….

The winner, ladies and gentlemen. Yes, it’s an unprepossessing dungeon crawl at heart, but it’s also absolutely lovely. There is currently nowhere I’d rather go to sate my urge to kill things with dice. Utterly lovely and my game of the year. For further details I would furtively gesture towards my recent review…

If I thought it would make a difference I would apologise for missing off anybody’s favourite game, but chances are it’s because I haven’t played it yet.Which if you think about it is kind of your fault for not bringing it round and playing it with me. So if you disagree with anything I’ve said, you’ve only yourself to blame. 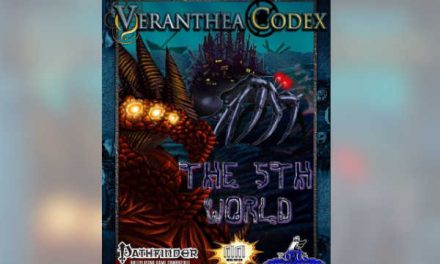