This pdf is 12 pages long, 1 page is taken up by the SRD, which means we get 11 pages for the haunts the best bang-to-buck-ratio of the 2-Dozen-series so far.

The threat-range covered ranges from moderately dangerous (CR 1) to potentially lethal (CR 13). There are no high-level haunts in these pages.

I really like the writing in this one: The haunts are mostly imaginative and offer some great adventure hooks on how to get rid of them – my favourite one being a haunt of a judge that forces people to tell the truth: Do the PCs free the spirit or acknowledge that a court with a zone of truth can be immensely helpful? There are also some rather lame ones, but only 2 haunts felt really like filler.

Unfortunately, the editing problems of the series also plague this instalment. I found the following on my first read-through:

The first haunt is missing its caster level, “the devil’s anvil” uses the 3.5-destruction mechanics (save-or-die/10d6) and there is a typo in “Old Jonas’s Critique” – both errors could have easily been fixed/noticed.

Conclusion: I like the concept of haunts, it’s one of my favourite innovations implemented by Paizo. However, the haunts, while nice, lack the “OMG-this-is-so-awesome”-component of e.g. the linked haunts from the Rite Publishing #30-Haunt-series that would make a truly outstanding product. That would mean that the file clocks in at 4 stars – good, but not great. However, due to the glaring editing mistakes, I’ll detract another star. My final verdict will be 3 stars. If you are annoyed by system-incompatibilities/typos, detract another one.

This pdf starts by explaining how to read the stat-blocks of the drugs. The drugs are presented both with two names (one formal, one slang – nice touch), a description, the Drug DC, primary effect, secondary effect, addiction (effects of being addicted, mixed bag bonuses), withdrawal effects, Cure and price.

Formatting is nice, but I found an editing mistake: The dust of visions is called dust of shadows in the descriptive text. In the Paranoia Powder, the skill “Notice” is mentioned, which should read perception.

Any of you who have read some of my reviews should know that these blunders usually are enough for me to not write a very favorable review.

I don’t want to spoil the content for you, suffice to say that there actually is a drug herein, that extends one’s life for the price of being haunted by the victims of the drugs creation – imaginative, far-out, supremely cool.

Conclusion: This one is different: From a mundane, every-man’s drug to really far-out drugs, this installment of the 2-Dozen-series actually is all killer, no filler. I liked each and every drug, some of them are great plot-devices and benefits and withdrawal are nicely balanced, making sure that taking drugs might actually become an option PCs might consider. Plus: The file is cheap. Due to the unnecessary editing problems, I’ll rate this file 4 stars.

The book, as one would expect, contains 24 curses for your perusal. As a DM, I love colorful curses to punish PCs, as I enjoy the poetic justice that is more personal than PC-death.

The curses herein range from minor nuisances to crippling, divine punishment (although the DC for the latter is too low in my opinion) and they all serve their purposes – the writing of the fluff serves to enhance the usability and the fluff has some inbuilt examples on how to acquire the curse.

I liked all of the curses, although I disagree with some of the DCs, which I consider generally to be too low – as written, the hardest save is DC 25 for the curse to punish for cannibalism, which is btw. Higher than the divine curse.

There are some problems, though: The book could have used another pass at editing and formatting: The ToC lists “Diseases” instead of “Curses”. The last curse mentions both the abbreviation “WIS damage” and “charisma damage”, which should be wisdom damage in concordance with the rest of the pdf. The divine curse can only be healed by a lvl 20 cleric of the deity casting bestow curse, which I’m pretty sure should read remove curse etc.

Conclusion: The price-tag is low and the one piece b/w-art, albeit unrelated to the topic, is also nice. Once again, the content is quite cool, but the problems with formatting and editing, especially obvious problems like the ones I mentioned, keep this pdf from getting an all-out recommendation. My final verdict will be 3 stars due to the low price tag, add a star if you don’t mind typos and problems like the ones I mentioned, detract a star if they bug you as much as they bug me.

This pdf contains 24 new diseases to waste away your PCs.

Some of the diseases are quite frankly imaginative and cool, like firefly warts (glow-in-the-dark pustules!) and while I considered some of the real-life diseases like Ebola to be cool additions to the file, e.g. Herpes (btw. the one disease that needs to be cured via magic!) or Tuberculosis rather dull, especially when compared to the rather far-out sex-change disease Tiresias.

Conclusion: Editing and formatting were ok, I didn’t notice any severe glitches. The diseases seemed balanced and were mostly hit and miss for me, with the upper hand on the hit side. Extra bonus points for including sexually transmittable diseases, a severe topic that could (or at least in my opinion should) be addressed in fantasy worlds more often. The price is once again, as per the staple of this series, very low, resulting in a good final verdict of 3.5 stars rounded down to 3 – if you need some cheap diseases with some really cool examples among some rather standard ones, this is not a bad place to search.

These products are available from: 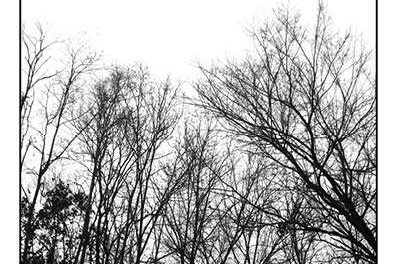