[Review] The Genius Guide to Relics of the Godlings

This pdf kicks off with multiple ways on how to integrate the relics into you campaign, offering an option for DMs (like yours truly) that prefer fewer, but more powerful magic items and a sequence of feats, if you prefer so, to unlock the powers of these relics. Relics as templates or as assumed treasure are also possibilities to introduce them into your campaign. One of the headers in this part features a formatting-relic, btw.

Analogue to the first supplement of the series or the concept of Purple Duck Games’ critically acclaimed Legendary-series, these relics are magic items that grow in power with your character’s progression. Unlike the legendary-series, though, these relics gain a new ability every level, from 1 to 20. The relics covered again, like in the predecessor, take inspiration from real-world mythology, with e.g. Draupnir, Óðin’s Ring that can actually produce gold and offer massive insight-themed bonuses or Svalinn, the shield which in Norse mythology stands before the sun.

But there are also relics not tied to Norse mythology – Like Darkkenhael, the first set of dragonhide armor ever made or the golden Kavacha-armour that is based on the armament of the tantric deities. or the lokanaut, the trickster’s ring or the Myrmix, armor of legendary charioteers/champions that would become known as archons.

The pdf also provides DMs with all the tools to create relics for their campaign, featuring powers by level guidelines for light, medium and heavy armours, shields and rings, all step-by-step, level by level.

Editing and formatting are very good, though not perfect – from minor formatting errors to a missing space here and there/punctuation glitches, there are several small and unobtrusive minor glitches. Layout adheres to SGG’s 3-column landscape standard and the full color artworks, while in some instances seen in other SGG-books, is awesome. The pdf has no bookmarks, which is a minor bummer at this point.

This installment of the Relics-series is imho slightly superior to its predecessor, though still not approaching the fluff usually provided in the legendary series. The DiY-kit to make your own relics is an AWESOME expansion of the first pdf in the line and the fact that relics get something every level is still awesome. But much like its predecessor, in direct comparison with PDG’s offerings, we get much less relics. In essence, this is a very straight sequel and the gripes I had against still are there – the relics get no lore-sections, we get less than in the legendary-series etc. However, where this one is vastly superior to its predecessor is in the amount of DiY-relic creation tables: 5 versus 2 in the predecessor. These ensure that this pdf is more useful than its direct predecessor, offering much more tools for the DM to play with. My final verdict, hence, will due to the lack of bookmarks and minor glitches, be 4.5 stars, but still rounded up to 5 for the purpose of this platform.

The Genius Guide to Relics of the Godlings is available from: 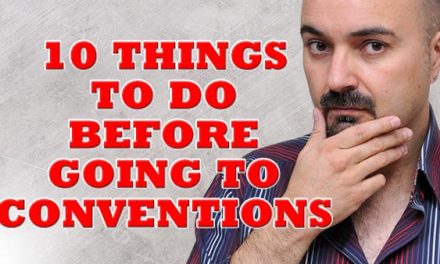 Going to conventions – Top 10 things to do beforehand