RPG Review – Dungeons & Dragons 4e: To the Edge of the Map

The first part of the Slayers of the Great Serpent saga for Dungeons & Dragons 4e, this adventure for characters starting at 1st level takes them on an epic journey.

Publisher’s blurb: “The story begins when a messenger arrives at the royal court with a warning of apocalyptic magnitude. A terrible menace that is about to awaken; heroes are needed to cross the ocean and travel to the distant East in order to search for the lair of a gargantuan snake known as The Destroyer and The Eater of Worlds. These heroes must travel far from their homes, and try to find the country where the Great Serpent lives. Very little is known about this land, save for rumours that it lies to the east of distant Xi, a strange and romantic kingdom on the other side of the ocean. Nothing will be certain on this journey, not the final destination of our heroes, or the incredible dangers that they are sure to face. If no one can find this monster and lay it low before it rises from its torpor then the world will fall into an age of darkness and become transformed into a nightmarish hellscape of misery and death.

“The majority of this adventure takes place while the adventurers are traveling; they must contend with both the everyday hazards of life on the road as well as cowardly plots initiated by an agent of the Church of the Destroyer. Before they can think about crossing the ocean, the adventurers must first find and reach the coast of their own continent. The first task they will need to accomplish is to leave the borders of The Kingdom by the Sea and then cross the dangerous Iron Ridge Mountains. On the other side of these mountains the adventurers will encounter a violent and lawless region known as The Outlaw Kingdoms. Should they make it across this land and yet live, they must still face the unknown dangers of the enchanted Forest of Night. It is here that the adventurers will brave a final showdown with the mysterious agent that has impaired their progress from the start. During the confrontation, the cultist summons a horrific Nightmare Snake, a living fragment of one of the Great Serpent’s dreams.”

A journey begins with but a single step… but here the first stage in what promises to become an epic journey-based adventure, one where much of the adventure is the journey, sweeps the characters from attending a jovial festival across the breadth of the land and indeed towards the edges of explored territory.

Beginning with a campaign overview and then delving deep into background, the product starts with a collection of monsters, items and other game mechanics – including the theme ‘Hero of Song’ which is rather interesting – before looking at an overview of the lands which will be travelled. There’s a lot for the DM to take aboard, but it is well worth it to aid in the development of a rich background through which the party will travel. Throughout, there are suggestions for running the adventure from motivations to participate through to nightmares the characters may suffer.

With the overarching theme being one of travel, the actual adventure itself is presented in a wonderfully flexible way. Once the characters have accepted their task, you are presented with a range of encounters and events to run as appropriate whilst the party travels through the areas which have already been described. The party has freedom to choose their own route and most events can occur as and when you decide during their travels. Random encounters and notes on survival are also provided. It is important to highlight how the journey begins in lands familiar to the characters, but how every step takes them further into unknown territory.

The flexibility of this approach allows the DM to tailor the adventure to his players’ tastes. Events where role-playing or investigation might be appropriate are presented in such a way that challenges can be met through die-rolling or by playing out the encounter as preferred. There are also specific quest targets set which may be attempted or ignored… some are incidental, some will advance the core plot. Everything is well laid out with all the game mechanical information you need to hand, and plenty of flavour text on which to base your descriptions. At the beginning, in particular, there is quite a lot of ‘read aloud’ text to get essential information over. You may need to break this up or otherwise vary the presentation to avoid players being overwhelmed by ‘info-dump’ especially if they are not the sort to enjoy listening to lengthy discourses.

As the adventure gets into its stride, however, there are plenty of opportunities for the characters to engage in combat and in the struggle to survive often hostile environments. Again, game mechanical information, appropriate maps and notes on the opposition’s combat tactics are put at your fingertips. To add variety, there’s a story-telling challenge and even a pub game called Seven Tiles for which sufficient information is provided for you to recreate it if wished, as opposed to disposing of a game with a couple of skill rolls which other groups might prefer. There is even a dungeon-crawl (just the one) which provides an action-packed session… and this episode ends with a good fight!

An appendix provide full-page versions of all encounter maps ready for you to use as appropriate.

Overall, the adventure is excellent with a wide mix of activities to suit all types of group with inherent flexibility to enable you to delve deeper into those encounters that most interest your players and a tight plotline that yet manages to work in a ‘sandbox’ style giving players the feeling that they are very much in control of their own destiny. 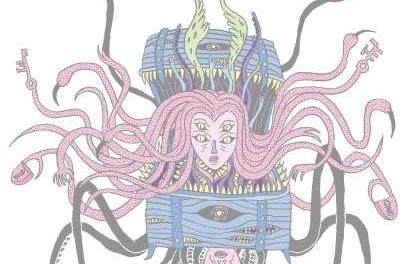