This supplement is 11 pages long, 1 page front cover, 1 page editorial, 1 page SRD, 2 pages of advertisement, leaving us with 6 pages of content, so let’s take a look!

After a short summary of the content, we get a well-written piece of IC-prose introducing us to the Arcanum College of Wizardry, which serves as a thematic backdrop and unifying theme for these new options – each of the college’s prestigious houses featuring one specific area of expertise.

The first of said houses would be House Dweomerden, which specializes in utilitarian spells and replaces the scribe scroll feat and arcane school with a bonus spell slot that has to be used for an array of spells featured in a list. Starting at 8th level, they may prepare two spells in this additional slot, choosing which to cast, adding a tad more versatility. Also,3+Int-mod times per day, they may also substitute spellcraft for heal, craft and survival skill-checks.

The second house would be Glamerforge, which nets its wizards access to the Perform-skill and wizard-level + int-mod rounds per day, these wizards may utilize a kind of bardic performance tied to their spells as swift actions – but only one at a time and tied to their spellcasting. What does that mean? They can only activate distraction, countersong or fascinate – and each has its own required condition, with distraction e.g. requiring the wizard to have cast a spell with a somatic component this round and countersong only if he has cast a spell with a verbal component this round. Really cool mechanics! They may also expend rounds of this ability to duplicate uses of prestidigitation and at higher levels even dancing lights, flare and at 20th level even glitterdust and hypnotic pattern. They may also fuse their scrolls with inanimate objects (great for infiltrations!) and have spellbooks concealed in poetry, drawings etc., making them good potential agents.

House Nethervault wizards gain intimidate and use magic device as class skills, add half their class levels to a variety of knowledge-skill-checks and learn a secret language. These guys are the wardens of forbidden lore and as such learn to craft items whose prerequisites they don’t meet at +5 insight to Spellcraft. They also become resilient versus curses, diseases and poisons and death effects, gaining +4 to the respective saves and at 20th level even immunity. When using contact other plane, their int and cha is not decreased thanks to the influence of otherworldly patrons, instead lowering their wis and they may, as long as their wis is 9 or higher, automatically tell whether their contact is lying.

The final house is archetype-less, but requires the specialization in a school nonetheless.

After these archetype, we are introduced to 4 new spells – Dweomerden Shelter wards a tent with endure elements, Glamerforge Fanfare is a versatile spell that nets you +2 to intimidate and perform, accompanying everything you do with a soundtrack, but also makes pinpointing you easier. Nethervault Whispers distracts foes, allowing every person to target your victim to count as flanking, while Spelltower Beacon allows you to set a beacon – whenever targeted by a teleport or shadow walk or similar ability, you may instead opt to come out at the location you set your beacon. And yes, this is one of the spells that makes organizations and NPCs act smarter and which is great to plan.

Finally, we get 6 new traits – One allows you to prepare extracts or spells in half the time once per day, one allows you to cram a spell or formula in half the number of pages, one nets you a Knowledge skill as a class skill (with a 1/week reroll) and makes you a child prodigy, allowing you to take PC-levels before becoming an adult. There also is a trait that does essentially the same for Bluff and Diplomacy and also makes it possible to play young characters, and one for drop-outs, who get the benefits for Bluff and Use Magic Device. Finally, accomplished students may use spellcraft to earn money akin to perform and 1/week reroll a spellcraft check – all in all, solid traits.

Editing and formatting are top-notch, I didn’t notice any significant glitches. Layout adheres to RiP’s two-column full color standard and the pdf comes with thematically fitting stock-art – some pieces of which are drop dead gorgeous. The pdf comes fully bookmarked for your convenience.

The convergent paths-series, if this is an indicator, will be a fun one – tying archetypes and similar class options to a background makes them in my opinion come more alive, feel more organic – and said background can in the end also be ignored, if you don’t like it. But why would you? The bits and pieces of short fluff greatly add to the appeal of this pdf and make everything feel more concise, more organic. Add to that the fact that author Eric Morton has crafted an interesting array of archetypes that do innovative things with the rules, spiced everything up with neat spells and provided traits that actually matter, while still not being too strong and we get a thoroughly well-crafted supplement that is in contrast to many crunch-books actually a good read! While apart from the beacon I wasn’t completely blown out of the water (apart from the Glamerforges – I really like the ideas there!), this still is an excellent pdf and one well worth my 5 stars – though I’ll omit my seal of approval. Looking forward to the next one!

Convergent Paths: Students of Arcanum Archetypes is available from: 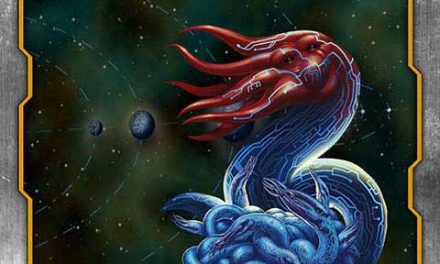 At the Heart of Evil 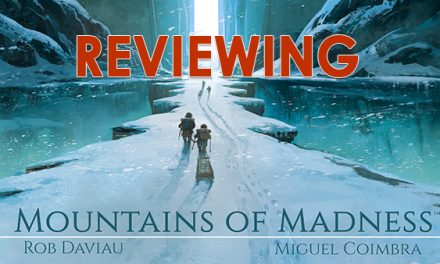