Christina Stiles Presents: Ultimate Options – Minor & Major Drawbacks is 7 pages long, 2/3 of a page front cover, 1 page editorial/SRD, leaving us with 5 1/3 of a pages of content, so let’s take a look, shall we?

Ultimate Campaign (btw. imho, while not perfect, one of my favourite crunch-books released by Paizo so far) has introduced drawbacks and the minor drawbacks herein are on par with those from that book, i.e. taking one allows you to get an extra trait. Now if you’re like, me, you’ve been at the same time loving and hating their inclusion. Why? Because I was already using 4 Wind Fantasy Gaming’s Flaws from Player’s Options – Flaws and their various PO-racial books. And said flaws can be taken for 3 skill points or a bonus feat. Two systems doing similar things on different power-levels – damn.

Enter major drawbacks. Much like flaws, these are the equivalent of a feat, allowing you to get a feat in exchange for gaining their massive drawback. And while this pdf is not specifically intended in context to the flaw-system, it can work in conjunction.

Back to the drawbacks: To give you an example of minor drawbacks: Klutzy penalizes your acrobatics and stealth-checks by -1, while miserly prevents you from spending 10 per cent of your wealth-by level in gold and other goods, while blabbermouth requires you to succeed at a wis-check against DC 15 to not spill the beans about confidential information – and when restrained to keep you from doing so, you become shaken.

Unless I miscounted, we get 29 major drawbacks herein – an as anti-feats they allow you to play e.g. asthmatic characters that are susceptible to fatigue-effects and smoke and sleeping in light armour, whereas another one makes you 1/day fail under pressure (-3 to al checks!) and others allow you to play one-armed or one-legged characters.

I really love this pdf not only for offering a great tie-in for Ultimate Campaign’s system, but also for its concise rules of buying of flaws etc. – handing some power back into the hands of the DM. I also love this pdf for providing a framework, where I can take the flaws and distinguish between them – for the one flaw of the flaw-system is that they vary wildly in severity. So thanks for fixing this system for me as well! That being said, where the flaws are superior would be in the fact that they all have their conditions to remove them suggested – while said conditions are in no way balanced, I would have loved to see individual, balanced suggestions in here as well or a kind of “removal generator” as a guideline for DMs to handle to overcoming of drawbacks beyond basic wealth-level guidelines.

Christina Stiles is an extremely talented designer and this one shows – yet, there is a bit of sour taste left for me, since there’s a tad bit more overlap with flaws than I would have liked, but in the end, I can’t hold the lack of integration with another system against the pdf.

What I can hold against it, though, is the lack of guidelines regarding e.g. drawbacks like having just one arm: Can you just regenerate this drawback away? If so, that means the drawback offers a free feat at higher levels… And yes, one can gentlemen-agree the issue away and it’s a minor one, but it’s an issue nonetheless- Hence, I feel I can’t rate this the full five stars, instead settling for a final verdict of 4.5 stars, rounded down for the purpose of this platform. 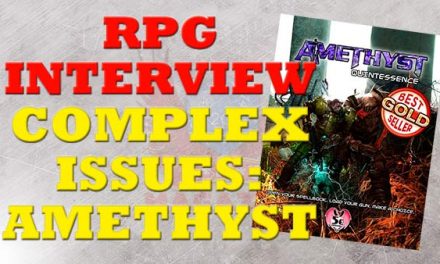 Faces of the Tarnished Souk–Arhanoth, the Iron Gavel