This supplement to the lauded Spellpoint-system by SGG is 14 pages long, 1 page front cover, 1 page editorial/SRD, leaving us with 12 pages of content, so let’s check this out!

This is an expansion to Houserule Handbook: Spell Points and as such requires the former to properly work. I’m going to assume familiarity of the “Core”-spellpoint book in this review. So let’s check this out!

Alchemists were originally intentionally excluded from the spellpoint system, but the fans have spoken and thus, we herein get an “extract”-point version of Spell Points for the alchemist. He also gets a spell-point infusion variant. Beyond that, this pdf sets out to cover some of the more peculiar issues that sprang up from the spellpoint system: Magi spell-combat had lost the option to use metamagic feat-modifications in conjunction with spellcombat. This is rectified, by allowing for the expenditure of 1 point from the arcane pool to cast a modified spell as a standard action instead of the full round via a new arcana.

The issue that sprang up with handling archetypes with diminished spellcasting is also addressed by providing concise guidelines to calculate spellpoints for them. Other classes with spellcasting access like the ones provided by SGG and other 3pps are also covered with multiple rules: From analogue-progression with existing classes to a complex formula for more esoteric classes with unique progressions, this should have your needs covered, even if the formula used is complex and might require some tweaking since no single formula was used to create the original spellpoint-rules.

It should be noted, that Prestige Classes that grant spell-lists are thus also covered, as are multiclass characters. Essentially, the pdf advocates keeping separate spell point pools for different classes and while it points to the Spell Point Feats short supplement, I can’t as of yet comment on that, since I don’t own this one and thus can’t comment on the Eldritch Blending feat.

We also now may opt to create 1/4 of a spell point per level as an universal favoured class option as well as favoured class options depending on races that cover the standard races – minus half-orcs, but plus orcs. Many of them use domain-mini-pools to modify your existing spell pools. We also get 13 class-specific favored class options that are interesting, albeit more complex in their benefits that what I’m accustomed to – prepare for slightly more extra-work regarding these.

The pdf also provides us with new Spell Point feats: Eldritch Insight allows you to spend spell points to enhance your wis-based skill-checks and wis-checks and there are two more such feats that essentially do the same for Int and Cha-based skill and ability checks. There is also a class of feats that begins with “infused” that allows you temporary access to a magus arcana, a 1-point evolution that is not “skilled”, a bloodline feat or a revelation. Other Infusion feats allow you to spend spell points to enhance class abilities, with one class of feats allowing you to e.g. boost a judgment, performance or wild shape by +4 levels. Alchemists may increase their splash weapon damage via magic, whereas clerics may now opt to improve their channeling in range and effectiveness and for the price of 5 spell points, heal living AND damage undead (or vice versa) for 5 spell points. Witches may in an analogue increase the range of their hexes and damage or, for 5 spell points, use their hex a second time on a character in 24 hours that has already been affected by said ability. Finally, the metamastery feat allows you to ignore the increased casting time of metamagic spells when using the spell point system. Am I correct in assuming that this feat, when taken by the magus, would render the new arcana moot?

The pdf closes with new rules: Overcasting is one of the cooler aspects of the spell point system and to prevent especially high-level abuse, it can no actually be lethal if overdone: When casting with no spell points available, the character may actually die. As an additional option to conserve spell points, casters may now also opt to cast spells with numerical values at 1/2 caster level and effectiveness at a 1 point lower spell cost. It is also mentioned that a feat might be in order to keep balance for this ability and I get why: Casting e.g. a fireball would cost 4 spell points, dealing up to 10d6 damage. Now if you want to wear down players with waves of weaker foes, 10d6 may be overkill, whereas 3 spell points for 3x 5d6 would net a 4th 5d6 fireball and yet another wave vanquished. Granted, eldritch dissonance helps combat the potential issue, but still I feel I can’t properly judge the repercussions of this option sans extensive playtesting. Somewhere in the back of my mind, my DM-alarm tingles, though.

Editing and formatting are top-notch, I didn’t notice any glitches. The pdf adheres to SGG’s 2-column mostly b/w-standard and the pdf comes thankfully fully bookmarked with nested bookmarks. It also features quite an array of b/w-stock art, which, while not wrong per se, feels a bit more dominant than in other SGG-pdfs, with quite a bunch of space devoted to it, eating up approximately 2 pages of the page-count.

I really like the idea of the spell point system and SGG’s original book has had some time to settle by now and it mostly works as intended. While, since the original pdf multiple issue cropped up in play this pdf neatly addresses and fixes them. That being said, this pdf covers some of the more problematic issues that have sprung up and addresses them in SGG’s trademark crunch-competence. The feats to further make spell points more versatile definitely seem intriguing, though the arcana/metamagic mastery-conundrum remains puzzling to me.

By all accounts I should love this pdf and its options and yet, it left me with a sour taste in my mouth. It took e some reflection as to why and I’ve come to a conclusion: It’s the same phenomenon as with Mass Effect 2.

Said game is one of the best scifi-games I’ve ever played – AFTER you buy all the DLCs. Before that, it’s story is barebones and lacks crucial hooks and details, rendering the overall experience good, but definitely not up to the awesomeness it is when experiencing the game with its add-ons. Now while functional as intended and fair for the price-point, the original spell point system, much like mass effect 2, succeeds at what it sets out to do, but leaves some intangible rest to be desired. Something similar could be said about the spell point system.

Mechanically sound, I still maintain it is a great system, but honestly, about 1/2 of the content herein should have been part of the original offering. Don’t get me wrong, I completely get the laws of demand and supply and that the waters had to be tested – still, options for archetypes, PrCs, diminished spellcasting, guidelines etc. – are not optional. They are not expansions. They are what should have been part of the core-system. That component of the pdf, essentially, is a patch. A patch that has some new content included, content that is nice and evocative and solidly designed, but still a patch. And in contrast to e.g. the massive collector’s edition patch of the Witcher 2, it is one you pay for. Yes, I opted to judge this pdf for its new content, but still, a sour taste in my mouth remains and a distinct, nagging voice in the back of my head keeps telling me to rate this down to the abyss. I really, really wished SGG had postponed the original spell-point system, included these fixes/class options in the beginning and then made this a book where the feats and component rules truly are optional.

As written, about half of this pdf is required in my opinion if you all out adopt the Spell Point system and it still has some rough patches at higher levels, but remains still the best option for point-based spellcasting so far I’ve seen for any iteration of a d20-based game.

That being said, to me as a person, this feels like a patch with some DLC-content I have to pay for. As a reviewer, I can’t let that influence me too much, though, and thus will settle on a final verdict that only partially reflects my personal grievance with this pdf and also take the great new content into account, for a final verdict of 4.5 stars, rounded down to 4 for the purpose of this platform due to the bitter taste this pdf left in my mouth and will probably leave in the mouths of others as well. 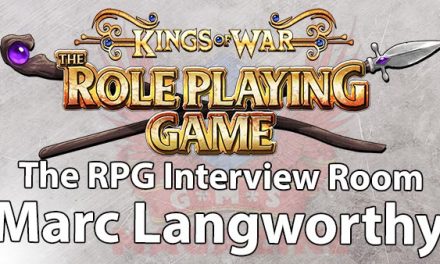