Mythic Menagerie: Faeries of the Fringe

This installment of the Mythic Menagerie-series from Super Genius Games is 15 pages long, 1 page front cover, 1 page introduction, 1 page editorial/SRD, leaving 12 pages of content for the new fey, so let’s check them out!

The first new creature herein is the Charnel-kin (CR 4) is a disturbing undead fey that can reanimate bodies via a kiss and shares some undead qualities. Sorry, but I’ve seen the undead-fey-angle done better.

The next one would be the Caith Sith (CR 2), essentially a disease-carrying fey-cat with a cool weakness.

Number 3 is the first fey I really enjoyed – the CR 8 Gahonga is a stone creature that can have rocks explode – kudos for a cool way to dispatch it, a neat signature ability and for simply being an original creature.

The CR 2 Glade Maiden is a good fey that is essentially tied to a glade and has a halo of butterflies and the ability to create hallucinogenic pollen.

The CR 6 Night Swan is another fey associated with darkness and undeath and comes with a formatting error: Undead Kin is cut-copy-pasted from the Charnel-kin. While I like the idea of a deadly swan-creature, I do think that it and the charnel-kin combined could have made for an interesting critter – as written, I did not enjoy either.

The CR 10 River Mother is an aquatic, serpentine fey that drowns and then resurrects/enslaves her victims. The idea of the creature is quite ingenious and the signature abilities rock, but the appearance of yet another female/serpent-creature somewhat felt boring – with a more far-out appearance, this one might be awesome – mechanically, it sure is.

The Waterbaby (CR 3) is disturbing – aquatic half-kelp-like fey with a cry that makes people kill each other makes for an iconic and disturbing fey creature.

Speaking of iconic: Beetles that work as arrow-heads and fly back to their owners are simply awesome and the Nathair-rope-like weapons are cool weapons for the fey folk. Three of the 6 new feats are devoted to the weapon and the other 3 provide neat customization options for your fey. The pdf also includes two new spells, one to call creatures from fangs and one to attack via razor-sharp bird swarms! Great ideas!

Editing and formatting are ok, though I noticed a rather obvious formatting glitch that could easily have been caught and some further hick-ups. The pdf adheres to the 2-column standard, has no bookmarks and the b/w-artworks are ok, though none reach the quality of e.g. Demonic Harlots or Covens of Chaos. I love fey from the bottom of my heart and really wanted to love this pdf – unfortunately, it more or less disappointed me. While by no means bad, I do consider ZSP’s take on fey ore exciting and in the end only three of the fey truly felt like fey to me – the others could be undead, magical beasts, aberrations etc. While grounded in real-world mythology, a further detour to less-known mythologies might have proven fruitful for the endeavour of providing truly far-out fey. I’m still waiting for one book to capture the brilliance of 3.5’s Van Richten’s Guide to the Shadow Fey. While the additional material rocks, I’ve been missing cooler beasts with more far-out abilities than “Energy Drain” and “Reviving Dead” – especially the Black Swan had potential galore and fell painfully flat. My verdict – above average, but not a pdf that blew me away – 3.5 stars, rounded down to 3 for the purpose of this platform. 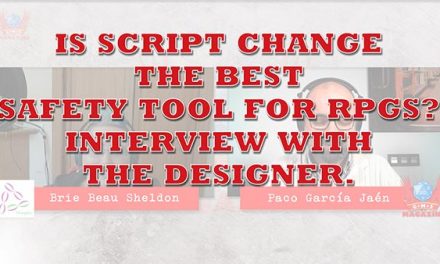