The fourth in the series of Player’s Guides for the Midgard Campaign Setting is 33 pages long, 1 page front cover, 1 page editorial, 1 page SRD (though the page also contains one final magical weapon), 1 page advertisement, leaving us with 29 pages of content, so let’s take a look!

As is the tradition by now with these Midgard Player Guides, we kick off this one by getting not only a beautiful full-color map of the area in question, but also by essentially short gazetteer-style write-ups of the respective regions – and here I’d love to interject something these guides thankfully do right: The short pieces of information beyond the basic write-ups of the regions, whether they be on characters or places, detail commonly known perceptions of the respective people/places, not the rumours one could glean from listening to the right people or spoiling any surprises on the side of the DM, which is EXACTLY what player’s guides should do – so kudos for that. While this is called the “Player’s Guide to the 7 Cities”, actually more is covered than the territory of the Septime – the minotaur island-nation of Kyprion and the duchies of Illyria and Verrayne are part of the write-ups as well. Beyond these immaculately-written write-ups, we also, of course, get new crunch to customize characters and represent them better with regards to the region.

A total of 47 new traits await your character and are rather detailed in their geographic peculiarity – while there are traits that can be taken by everyone from the 7 Cities-region, there also are numerous traits that are exclusive to one of the cities or surrounding realms, adding further distinction and depth to the respective regions – thankfully without drifting into the overpowered or irrelevant-sections to which traits are prone to glide. Nice, though you probably won’t find any mind-boggling concepts in this section – the traits offer customization and fluff, no less, no more.

Among the new feats herein, we get a slew of so-called heritage-feats, which represent a particular upbringing. As such, they may only be taken at first level and design-wise are interesting, since they may grant you access to supernatural and spell-like abilities. Whether it’s a bonuses’ dependency on moon phases, a link to master who may scry on you, limited underwater breathing, the aftereffects of being addicted to requiem (detecting undead 1/day) and the resulting potentially prophetic nightmares, increased darkvision or seeing the invisible – the feats do interesting things and offer options that tie in well with their design-goal, setting characters distinctly apart and offering even further means of customization upon character creation. Beyond these 10 heritage feats, we also get 6 new generally available feats, though these can’t hold a torch to the former: Two feats provide relatively bland +2 bonuses, one increases caster level for a school you have a spell focus for and one feat halves your siege equipment reload and makes you more proficient with it. Two of the feats unfortunately, are imho rather overpowered: Shake it off lets you get rid of the dazed, nauseated, sickened and staggered conditions if you manage to save versus 20 (why not the DC of the attack that originally prompted it?) -not once but each turn! The second feat, Swordborn, not only grants you proficiency in a sword of your choosing, it also increases said sword’s threat range by +1. Whether that stacks with improved critical or not is not specified by the feat, but the lack of any prerequisites it has means that it is vastly superior to any regular sword-based exotic weapon proficiency, which is imho broken – this needs either an exotic weapon caveat or some other kind of modification.

The next chapter provides us with new character options for septime character, starting with two archetypes for the druid base-class, the Bloodred Druid and the Nethusian Mer-Druid – both rather uncommon and interesting ideologies: The Bloodred Druids serve the Blood Hag, seeking to prevent another arcane escalation à la the Wasted West – at any costs and the Nethusian druids mixing aquatic powers with the ideological obligation to free the chained god – though that one solely based on fluff. The two archetypes are rock solid, as the Clockwork Warrior that is exclusively available to Gearforged characters. Speaking of exclusive archetypes – minotaurs may now elect to become horned lords, master of charging, bull rushing etc. and using gore attacks to destroy the pinker races. It should come as no surprise that the Septime Duelist, this book’s take on a duelist-style archetype and then there is also the Triolian Corsair – yet another corsair-style fighter archetype, which, while solid, fails to seize the opportunity of providing naval combat bonuses – I don’t get why all those pirate classes fails to make use/add new options to naval combat. The final archetype is the Battle Wizard, who may gain access to the new Battle School, which includes the power to make spell grenades – i.e. stones charged into grenade-like weapons by magic, as well as electrical storms that hurt especially those wielding metal armour or foolish enough to attack the Battle Wizard with a metal weapon. Creating gearforged siege engines that require no crew as well as mastery of siege weapons are two new arcane discoveries included in here.

Sorcerors are not forgotten either, coming with the Hagblooded, Merian and Minotaur bloodlines, all of which I’d consider both flavorful and valid additions to one’s game. Cavaliers may chose from two new orders, the first one being Illyria’s Order of the Flying Lancers, light cavalry-type, inspiring cavaliers that may, at the DM’s approval, gain flying mounts. The Order of the Septime Lancers, founded by a former Mharoti general, is a particularly agile combatant who may use swap places and light steps as well as dismounting check-less as free actions, making them rather manoeuvrable in the heat of combat.

In the magic section, we get 12 new spells that include the option to conjure up a selection of unseen servant/torchbearers, spread contagion via tiny animal agents, blast foes to smithereens with a ballista made of force, enchant a weapon with the bane quality, level structures that could withstand earthquakes, detect draconic creatures, bolster yourself versus frightful presence, protect your mind versus mind reading (GOLD!), raise an undead army or invoke the swiftness of the Illyrian Ram. Water-based scrying and invisible passages through plaster and wood walls are also part of the new tricks.

The pdf closes with 11 new, universally rather cool magical items, including dimensional nets, linked tablets to secretly exchange information (à la the typewriter in Fringe) or the Aurochs bracers and Great Axes of said elite minotaurs.

Editing and formatting are top-notch, I didn’t notice any significant glitches in the guide. Layout adheres to a 2-column full color standard with gorgeous artworks in full color complementing an all out beautiful presentation that is further enhanced by the stellar piece of cartography. The pdf comes fully bookmarked with nested bookmarks for your convenience.

Nice – author Adam W. Roy has definitely learned from the second Player’s Guide’s initial issues and overall, this offering in the line feels much more balanced and cleaner in design. the content is balanced, the writing superb, no SPOILERS to be found and spells and items that beg to have adventures crafted around them. So all well? Not exactly. Whereas the Heritage feats are awesome, the 6 regular ones universally fell flat. As did, at least for me, the corsair and duellist archetypes – these concepts have been done to death in a myriad of iterations and neither of the two are particularly inspiring to me – dex-based combatants are probably better served by using Dreadfox Games’ Swordmaster. That being said, the rest of the archetypes is great and overall, my gripes remain minor issues in an otherwise well-crafted Player’s Guide that deserves my final rating of 4.5 stars, rounded up to 5 for the purpose of this platform.

Midgard: Player’s Guide to the Seven Cities is available from:

101 Not So Random Encounters: Urban 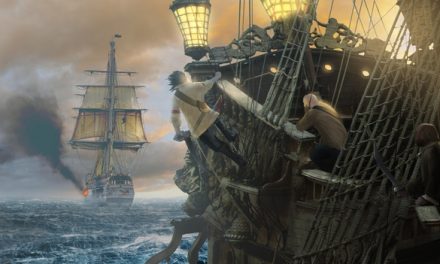 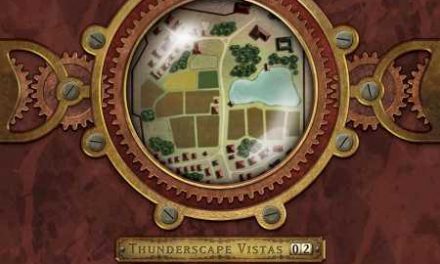