I have been blessed with being bilingual. Spanish exposes me to a whole plethora of games material that otherwise would be lost for me. One of the beauties of reading material based on the same subject, but coming from different countries, is to find the cultural differences that make the material special and give it its own flavour. I found La Piel de Toro (The Bull’s Pelt) absolutely fascinating from that point of view.

La Piel de Toro, called like that as some people think the extended skin of a bull has the shape of the Iberian Peninsula, is a description of Spain in the 1920’s for the Call of Cthulhu. As you can imagine written in Spanish, so if you don’t know the lingo, this will be of no use to you.

Created by an extremely well known, and just as respected, Spanish author, Ricard Ibañez, the book is divided in 7 parts, each one covering a specific aspect of either the game setting, or the Spanish society of the time.

The book starts with a detailed description of the society of the country, from the high classes and their behaviour, to the small town hierarchy in the different regions of the country. Rather charming and interesting is to be able to contrast old traditions that are still carried out in Spain, like the after lunch conversation over coffee; la Tertulia. With a few professions adapted for Spanish roles, such as Anarchist, Gipsy, Peasant, or Guardia Civil (one of the many Police bodies present in Spain), there are quite a few choices to give the game a more Spanish flavour than using the core professions present in the core books.

The description of the intellectual movements, the ideological differences between regions and languages of Spain and the political and religious atmosphere of the country are also well and extensively covered in the book. Ibañez has gone to huge lengths to provide a very detailed historical frame to the game, with tons of facts, political figures, religious figures, events and locations that would make any history teacher rage with envy.

Fashion, cuisine, drinking, pastimes, recreation, theatre, cinema, are all covered in this section, that manages to instil a feeling of discovery and excitement that was very present in the Spain of the time. With intellectuals, religion and politicians fighting for control of the masses, the women’s revolution, cinema as a new way to express ideas, a dictatorial system condemned to failure, and the uncertainty of what would replace it, Ricard manages to make the reader feel both uncomfortable and excited at the same time, transforming Spain in a brilliant cauldron of places and situations where the Mythos can flourish easily.

Although the geography of the country is not really discussed (it is assumed you went to school and learned where everything is in Spain), the transport methods, roads, railways and airports are covered and explained, together with ticket prices, estimated time tables and frequency of both trains and flights. When compared with modern age, it makes for truly fascinating reading!

The legal system is also covered VERY extensively. Although this was probably the least useful part of the book, it was really interesting to see how much of the Spanish legal system has changed… or hasn’t! In any case, it certainly gives the Keeper all the information he’ll need to make sure the players get arrested and treated accordingly!

The same level of detail is paid to sanity in Spain and how it was dealt with at the time. From where to go to get “healed”, to what happens if you end up in an institution and what society’s reaction is to people with mental health problems. It certainly makes avoiding bad roll of the dice a much more pressing matter!

Another part of the book is dedicated to provide information for the Keeper. From creatures of legend, to historical events that could be tied to the Cthulhu mythos, books that could be used in adventure hooks and references to characters of the time, such as scientists, religious figures and even some notorious mental institutions and “professionals” of the time.

Madrid, Barcelona, Seville and San Sebastian are the four cities described in the book to help with setting for adventures. Also some colonies, such as Guinea, Ceuta and Melilla are covered, together with the Moroccan war that was renown for it’s brutality and the immense loss of lives.

All of this is gelled quite nicely with the last part of the book, which is also terribly extensive. Starting with a short tale set in the colonies, it is followed with several adventures, paced to introduce players to the joys and dangers of Call of Cthulhu.

What I didn’t like: It could have done with having more reference or links to the Lovecraftian universe. Spain is a country with an extremely rich folklore culture full of legends and it would have been nice to see some examples of this around the book, if anything to inspire people to look around their areas and add their own locations. I know I have!

The adventures are pretty good, starting with something very generic and finishing with a truly grand adventure, though one that will be specially appreciated by power gamers. If you want to know why you’re going to have to play it… I will only say the ending is as epic as terribly difficult!

And what I like. Well, for starters it has taught me more Spanish history than I learned at school, mainly because Ibañez’s writing is incredibly easy on the eye. One only has to take a look at the bibliography used to document this book to know the effort gone into writing it was huge.

Relaxed, entertaining and thorough, it covers incredible details with impartiality, with my favourite bits having been the extracts from newspapers of the time with real news and events. Oh, and he is terribly funny! the sense of humour pervades the book and the use of colloquialism and typical Spanish expressions you’d not expect to see in a “serious” book, keep the reader amused constantly.

However if you’re new to the Mythos, or to role playing in general, this book is not for you. One needs a fair understanding of the whole Lovecraft setting to be able to link events and character to adventure seeds. However once you get a bit of experience and your imagination going, this book will become a necessary and very quick reference for pretty much any game based in Spain.

If you want to base your Call of Cthulhu game in Spain, find this book (if you can), learn Spanish (if you haven’t already) and treasure it! 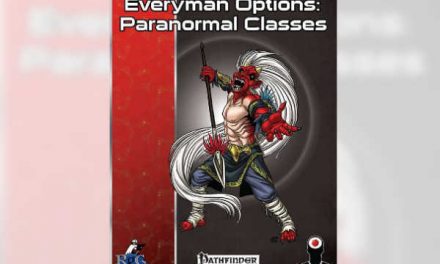 Kobolds of the Fallen Halls Review