This pdf from Raging Swan Pressis 24 pages long, 1 page front cover, 1 page advertisement, 2 pages editorial, 1 page ToC/foreword, 1 page of advice on how to read statblocks for novice DMs, 1 page SRD and 1 page back cover, leaving a total of 16 pages of content, so let’s check this out!

The latest installment of RSP’s TRIBES-series features frost giants, to be precise, frost giant raiders (2 sample statblocks, including barb1/fighter 2 frost giants and a brood of young adult white dragons, but the true central concept is the one of their base – essentially these raiders crush ships via their mobile iceberg-fortress: Driven by the white dragon Flashfreeze, the iceberg is manned by an antipaladin frost giant jarl and his men, driven by dragons and held together by human ambition, balancing the precarious and twisted tempers of dragons and giants alike. Better yet, the iceberg is fully detailed and comes with a lot of information on the decks, watchposts and the dragon’s maw, which swallows ships and has them boarded after a gruelling wait for slow, but inexorable doom. Icy terrain and environmental factors are covered, as are 3 new feats, which enhance power attack vs. favoured enemies, grant extra smiting or the option to add elemental damage to your strikes. Divine blasts to hit foes with fire or cold damage and crampons as new equipment are also part of the supplement.

Lady Antonia Krath (aristocrat 2, cleric 3, wizard 3, mystic theurge 7), mastermind of the Icy Heart is covered including a modified version of her stats that include buffs. Flashfreeze is also detailed with tactics, buffed stats and hoard, as is the frostgiant antipaladin Jarl. Lozondur, half-dragon remorhaz and “mechanic” of the iceberg, essential to the maintenance also gets the full NPC-write up, as does lady Antonia’s poor and rather nice husband Ysgrith – the noble and honourable Northman is lying to himself about the wickedness of his wife…for now.

Editing and formatting are top-notch, I didn’t notice any glitches. Layout adheres to RSP’s b/w-2-column standard and the pdf is fully bookmarked. The artwork of Icy heart is among the best pieces of b/w-artwork I’ve seen in a while and not something I would have expected to find herein. I would have loved for a one-page version of the artwork as a handout, though – it’s that beautiful. The pdf comes with two versions – one optimized for screen-usage and one for the printer.

I’ll come right out and say it: The Iceberg-fortress has been done before, in Frostburn – Frostrazer was the name and it rocked then. What this pdf does, though, is explain properly via mundane means how the iceberg is steered without resorting to “Magic did it” – which is awesome. The basic concept is awesome and the respective characters are brilliant – author Ben Kent has done a great job regarding these. What is not so great is the bland supplemental rules-material – neither the spells, nor the feats are worth talking about in any detail – they are forgettable and bland. There is only one page of said content, though, so not a major blemish. I do have two subsequent gripes, however: First is a fluff-gripe: I would have loved rules to deal with how the iceberg fares in warmer waters – perhaps rebuilding rules and guidelines for thawing? And the other is a crunchy gripe and one so obvious I’m honestly slightly shocked it’s not been covered: These are frost giant pirates on an iceberg-ship that crushes other ships. There’s currently a Paizo-AP running that deals with pirates (not in ice-cold waters – see thawing) and it features naval combat rules. However, a representation of the icy heart according to these rules is painfully absent from this pdf, making for not only an obvious omission, but also for one that actually limits the pdf’s appeal more than it deserves – after all, dropping these raiders into “Skull & Shackles” seems obvious, doesn’t it? That being said, this is still a very good pdf for the low price and thus I’ll settle for a final score of 4 stars.

Frost Giant Pirates of the Icy Heart is available from: 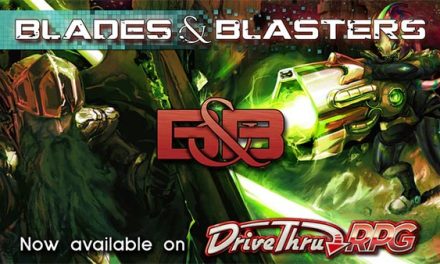 In the company of Kappa

The Road to Revolution: Tides of Blood