Dhampir – Scions of the Night

This pdf from Raging Swan Press is 34 pages long, 1 page front cover, 1 page blank inside of the front cover, 2 pages editorial and ToC, 1 page advice on how to read statblocks for novice DMs, 1 page advertisement and 1 page back cover, leaving 27 pages of content for the new Dhampir playable race.

As those of you who follow my reviews might know, I have very particular ideas about how vampires should be presented and quite frankly, more often than not, I don’t think that they are aptly presented. Raging Swan Press’s Brethren of the Crimson Altar, though, got it right and subsequently I was looking forward to this take on the half-breeds, all the while keeping my fingers crossed that we wouldn’t get a another race of Tanis-like emo-half-breeds.

After two pages of fluff introducing the race, we are presented with the crunch of the dhampir and we’re in for a treat: The half-vampiric scions of darkness come with a whole set of modular abilities: They get two sets of attribute modifiers to choose from, +2 Str or Dex, +2 Cha and -2 Con, low-light AND darkvision (offset by light sensitivity), a bonus against mind-affecting magic/diseases and to bluff and perception and are healed by negative energy and harmed by positive energy and can detect undead. I’m not comfortable with one of their benefits, though: Resist Level Drain lets them ignore the detrimental effects of level drain (while still possibly dying from it) and recover from them without a saving throw. Depending on the campaign, this ability can be very powerful.

I already mentioned the modularity of the class, but not the extent: You get to choose from 12 choices that range from aforementioned perception and bluff bonuses to fangs, 8 possible sets of +2 bonuses against e.g. ability drain, death effects etc. to choose from, 4 weaknesses like light sensitivity and 12 spell-like abilities ranging from faster healing to spider climb.

Beyond these crunchy tables to customize your dhampir, we also get 2 d8-tables of sample backgrounds to explain how you were conceived and whether your mother or father was the vampire. Suffice to say, most are rather unpleasant…

Friends of traits get 8 new ones and extensive coverage is provided for dhampir adventurers – all the classes from the APG, the magus and the ninja and samurai are covered. Only the poor gunslinger has been left uncovered, which I consider a pity – gunslingers need love, too!

On the class feature side, we get 2 subdomains, 2 oracle revelations for the bones mystery, a new rogue talent and a major rogue talent, a variant of the undead bloodline and 2 very cool hexes for the witch. We also get 10 new alternate favored class options and all in all, I did not have a problem with any of the options presented.

There also are 9 so-called heritage-feats that essentially are dhampir-exclusive and further capitalize on the nature of the half-breeds, my favorite being the ability to substitute the onyx from create (greater) undead with the dhampir’s blood. neat!

Next up are sample dhampir characters: From a CR 10 antipaladin to Cr 1/2 rogues and sorcerers, we 7 stat-blocks for 11 characters, some of which use the same statblock. The characters all get the RSP-NPC-treatment and come with mannerisms, hooks, distinguishing features etc.

Editing and formatting are top-notch, I didn’t notice any glitches. The usually flawless 2-column b/w-standard of the layout by RSP has one particularity in this pdf that irked me a bit: While the sample dhampirs that use the same statblock get their same as a sub-header, dhampirs with an exclusive statblock don’t get their name as a header. I gather that this saves space, but it also feels weirdly inconsistent – something I’m not used to in RSP’s otherwise stellar and elegant layout. The b/artworks range from fair to ok and the pdf is extensively bookmarked and comes with a version that has been optimized for e-readers. While the writing by Landon Bellavia is concise and very good and the dhampir offers a plethora of options to represent heritage from different bloodlines, I maintain that the pdf has some shortcomings that blemish an otherwise excellent offering:

First of all, we don’t get information on races like elves, dwarves etc. – while I get that the default assumption is of a human parent, I nevertheless would have enjoyed some minor sidebox or similar information to create elven or gnomish dhampirs and how they differ from human ones.

Secondly, we get no information on starting age and, more importantly, age categories: Are dhampirs immortal? If so, that does add another benefit to their already quite extensive list. When do they reach old or venerable age? Next is the fact that obviously not all of the choices and drawbacks are balanced among another, some being obviously better choices than others and, when combined correctly, may create a character that is superior to other races. In fact, I get the impression that quite a bit of the dhampir’s balancing is in the hands of the DM, necessitating a highlighting of the outcast-role to counteract some of the more pronounced and powerful abilities. Just something to be aware of when purchasing this pdf.

Furthermore, there is one particular major gripe I have with the dhampir: The thirst for blood. While you can have fangs and take feats to improve your blood draining capabilities, there is no rules-representation of the vampiric hunger. No benefits (sans the feats/traits) for indulging in it and no necessity to do so. While this makes the dhampir a more easily insertable option for player characters, it also deprives the race of one, if not THE fundamental defining psychological trait that sets them apart from other half-breed races. While I get the intention behind this decision, this essentially forces me to design rules for the thirst myself and would have made for an awesome way to balance the above average powers of the dhampir when compared to other races. While I did love most of the pdf, the customizability of the race and the plethora of particular features to choose from, due to the power-imbalance of choices and aforementioned shortcomings, I’ll have to settle for a verdict of 3 stars – an ok buy, but lacking in some key regards.

A Necromancer’s Grimoire – Spirit Warriors is available from: 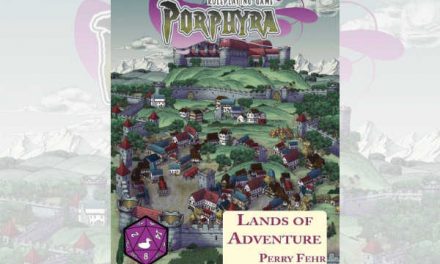