This pdf from Abandoned Arts is 5 pages long, 1 page front cover, 1 page SRD/editorial, leaving 3 pages of content, so what kind of supplemental material do the druids get from this installment of the class-acts-line?

Ultimate Magic introduced Druid Domains and it is here that this supplement expands the offering by providing an additional 12 animal and terrain-themed domains. As with the other instalments of the line, I’ll comment on excellent ones as well as on those I consider less well-wrought. Ready? Go! The Bat domain already kicks off the pdf with a rather interesting ability (one of 3, btw.), namely a shriek that deafens foes. Boring? Well, no, for additionally, you may actually “see” invisible creatures caught in your scream. I wished there was a way to expand the concept of the power. The Boar domain in direct comparison might be most attractive for druid/barbarians, granting you ferocity and bonuses when in that state and potentially allowing you to enter rages in that state – however, I’d love to have a clarification whether one has to have rounds of rage left when one is dropped to ferocity-hp-levels to use this ability or whether negative conditions could impede the usage of the immediate rage.

The eel-domain is somewhat interesting in that it grants you an eel familiar (NOT animal companion, which is a bit weird) and allows you to benefit from evasion, but only when in water. The Forest domain grants you the power to create a lash of leaves and ignore your own terrain-altering spells (which can be extremely expedient and powerful when used correctly). The Fox domain has a good idea, but its execution feels somewhat stumped: You gain a fox familiar and can slyly cast spells with sleight of hand instead of concentration, but only once per foe in 24 hours and also gain your intelligence-mod to CMD. The former feels somewhat weak to me and the section also features a typo. Worse is only the rat domain, which grants you yet another familiar (yawn), make you a disease-carrier and lets you scuttle while prone. Not impressed.

The Hills domain is rather interesting in that it enables you to draw strength from the land when using soil to cast your spells – my only gripe is that these abilities are called “ley”, which makes leylines come to mind and somewhat feel disjointed as a moniker for the bond with the land represented by the domain. Worse, though, is that the bonuses provided by this leyline magic is not particular hard to obtain (fresh, fertile soil) and can provide quite a plethora of different benefits, making the ability feel slightly, though not much, too strong for my conservative tastes – especially fast healing 2 for spell-level rounds is rather deadly if a DM tries to deplete PC-resources.

Unfortunately, the lio domain is another rather problematic one, but on the low end of power – on the one hand Wis-mod+3 rerolls per day for saving throws and atks, rerolls at +2 luck feels very powerful – taking a -2 penalty on ALL d20-rolls on the subsequent round is a great means of balancing this ability and making its use tactically relevant though – great design. Problematic is the second ability, which grants the druid the power to channel energy as a cleric, but only affect animals and even command them. This is VERY strong – combined with the potential animal companions a druid can acquire and when e.g combined with other classes, this can get out of hand. Also, its restriction can be a benefit – channelling negative energy can make an evil or neutral druid a selective slayer of animals, companions etc. Combined with the strong, but balanced first ability, this seems like a bit much to me. Also powerful, but very cool is the Sky domain’s first level ability, “As the wind” enables a druid to use 3+Wis times per day a blur-effect for 1 round, which offers us not only an extremely stylish character concept, but also a cool, iconic evasive action. The second ability, which grants improved manoeuvrability when airborne or receiving flying prowess combines to make this domain not only well-rounded, but also very, very cool in its style. Kudos!

Compared to that, the Ursine domain feels almost bland: Improved unarmoured strikes and the ability to make fort-saves instead of ref-saves until you fail the first save in 24 hours with this ability? Ok balancing-wise, but also not exciting.

The final two domains deal with fire and water, respectively: Volcanic druids can command fire creatures via channel (the same gripes as with the Lion Domain apply), but also gains an ability that screams: Please abuse me: Commanded creatures can be sacrificed as a standard action – NO SAVE, to erupt as a fireball. That’s sick. Summon elementals and play firebombing? Come on! This ability SCREAMS at me:” Find some way or another to abuse the hell out of me.”And honestly, I don’t think you can’t see how this will work out in the end… The volcanic domain is the one I’d consider irrevocably broken herein.

The Waves-domain provides a cool ability called “Ebb and Flow”: +2 atk and doge to AC, +30 ft. swim speed or a 60 ft. swim speed, but on the round after that, you can only take a single move or standard action. Very cool ability that trades economy of actions vs. substantial benefits. Cooler: As a standard action, you can also create a surging area of crashing waves that is not only difficult terrain, but can be discharged as a bull rush manoeuvre – the cost being a sacrificed spell slot – the higher level the spell, the longer the effect lasts. Now THAT, ladies and gentlemen, is great design – entwining spellcasting and an original, versatile ability that has a tangible, yet not overpriced cost – if all domains herein were this awesome, I’d rate the pdf as one of the best druid-sourcebooks out there.

Editing and formatting are very good, I did not notice any significant glitches, though some wordings could have been slightly more precise. Layout adheres to a no-frills two column standard, there is no artwork and there are no bookmarks, but at this length, we don’t really need them.

Daron Woodson’s Class Acts are improving fast – he is obviously listening to the feedback. When compared to the other domain-based class act, the one for clerics, I can seriously say that this offering is by far superior – why? Because it is BRAVE. Some of the design-choices for abilities and their mechanics are brave and unconventional and it is here that the domains truly shine – whether it is the sky domain with its at first very powerful blur-effect, the lion’s gambit for a reroll o the STELLAR Wave-domain, there are several pieces of crunch contained herein that deliver fresh, cool design-impulses on what can be done with any type of domains, not just those of druids. That being said, not all of the respective domains hold up to this standard and in fact 4 (!!!) grant you a familiar. Familiars are rather strong and I, personally, would have preferred animal companion(s)/modifications and less familiar-re-usage. Also, e.g. domains like the Ursine domain feel like loveless filler when compared to some of the more innovative abilities, be it the bat domain’s deafening shriek that makes invisible creatures visible (another design I’d love to see more of) or afore-mentioned ones. Apart from the channelling problem of two domains and the, in my humble opinion, broken Volcanic domain, the rest of the domains provide mostly simply nice content – especially for a price that’s less than a buck. However, even due to the low price-point I’d usually not forgive such a blunder – here, though, I will. For one simple reasons: I like that courage and innovative impulses evident in some of the domains and their abilities and hope this will be successful – so we get to see more abilities like “Crashing Waves” or “As the Waves”. My final verdict, with the recommendation of being slightly wary of some of the abilities and banning the volcanic domain and nerfing the hill and lion domains, will thus be, due to the low price point AND great ideas, 4 stars, in spite of the flaws.

Class Acts: Druids is available from: 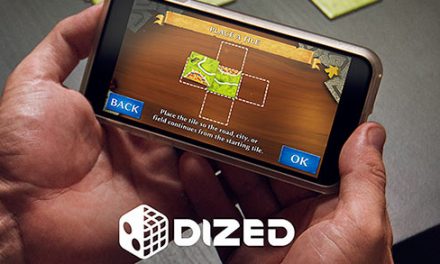 Dized, an app to learn how to play boardgames 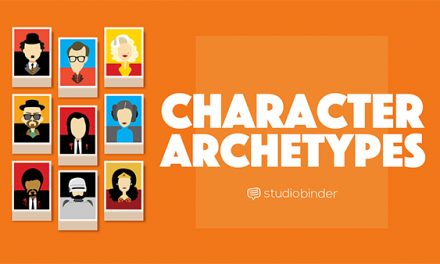