This module is 16 pages long, 1 page front cover, 1 page editorial, 1 page SRD, 1 page advertisement, leaving us with 12 pages of content, so let’s take a look, shall we?

All right, still here? After having saved a child in the direct sequel, the PCs are hired for the job at hand – either by a priest who had a vision or the local law enforcement, to take down an evil relic. Both get fully written flavour-texts, which is an ok touch, though both are somewhat formulaic. The place the PCs are supposed to clear out is a kobold hunting ground, a mine that once was a dragon’s den. The thing is…well. This place isn’t made so that a dragon would fit in any place. And there is no mining shaft, no mining equipment etc. – instead, this is simply a dungeon that is…well…there. Because. Challenges to overcome include a bat swarm, a swinging axe trap, a pit trap, a pit with an invisible wall halfway across, combat versus 5 kobolds, one of which is a sorcerer and finally a showdown with a gibbering mouther guarding the idol -how the dragon’s skeleton got to the idol is anyone’s guess. Polymorph, I gather. Still, not logical. Oh, the idol in question – it gets no stats. Destroying the idol would have been a cool way to get rid of the mouther.

The complex gets an ok bare-bones map and encounters get bigger maps of the respective rooms, but lack player-friendly versions.

Editing and formatting are ok – I noticed some minor glitches, but nothing too serious.

I refuse to write my rant again, so here you go: All of the things wrong with the previous module are also wrong with this one. Foes don’t use the environment. No running battle or intruder response by the kobolds. The traps are boring and trite. The final battle could have been cool, but isn’t. There’s a dragon skeleton lying around and nothing happens with it. WHY? Come on! Animate it. Make it difficult terrain. Anything. Anything even slightly creative to make the combat memorable. Nothing. Hiring is cliché, and the narrative of the module is just as formulaic as the one of its predecessor. The pdf has no bookmarks, no artworks, no printer-friendly version, no player maps and is overpriced. And the amazingly amateurish, fugly, eye-sore-inducing layout (see Dark Totem I for a rant/list on what’s wrong with that…short story: Everything.) is still here.

This is a bad, boring module that has barely the most rudimentary story, a dungeon that makes no sense, dumb foes and no saving graces. The kobolds could have easily made for a dynamic, interesting hit-and-run-dungeon, but instead they cover up in one room and wait for the slaughter of their kind. *shakes the head* A sliver of potential is there, but not much. At least, the now reduced price helps making the module more appealing.

In the end, though, 0onegames’ Sinking has the superior production values and better maps, scenarios etc. than this. Due to the low price, though, I’ll round up my final verdict of 1.5 stars up to 2 for the purpose of this platform.

Adventures in Awesfur – The Dark Totem pt.2: The Dead Dragon’s Den is available from: 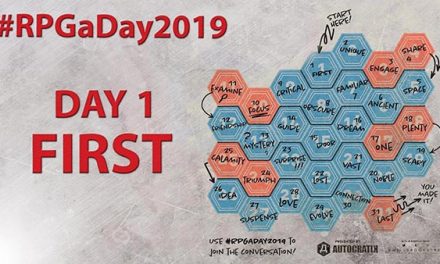