This pdf from Rite Publishing is 43 pages long, 1 page front cover, 1 page editorial, 1 page SRD and 2 pages advertisement, leaving 38 pages of content for the new complications to any Pc’s life.

Before I go on to review this pdf, I want to tell you a little story – In my current campaign (which has been going for 8 years now), one of my characters had found a pot of clay in an abandoned storage room and had no idea what was inside. Said character carried around the pot for 2 years IRL, vowing that the last thing he’d do would be to unleash the pot. When his final reckoning dawned (against one of Mishka’s Wolfspidergenerals), he threw the pot and my group erupted in laughter. Why? Well, turns out the pote contained a ultra-virulent strain of green slime. Suffice to say, the character died, but the green-slime pot will forever be a part of our annals. Another iconic story had my PCsuse brown mold to create a kind of magical freezer and transport spoiling goods, thus sabotaging the trade empire of a major organization that sought to kill them and made some decadent noble allies in the process.

What I’m trying to illustrate here is, that similar to e.g. haunts, hazards are not necessarily simple challenges to overcome, but actually plants, mold, crystals and the like do A LOT of mostly unrecognized work to make a campaign setting feel different from our world, feel organic, strange and magical. And yet, there is a sad lack of supplements to expand these little factors and make them feature in your campaign. At the top of my hand, I could mention “Two Dozen Plants” and similar files by LPJr Design, but that’s about it. In this vacuum, Rite Publishing’s mastermind Steven D. Russell throws 101 Hazards and Disasters. A quick read immediately shows us some very smart design decisions: Almost each of the hazards herein comes in multiple iterations, i.e. versions for different CRs. Even better, many of the hazards have a “done the wrong thing”-consequence – similar to growing brown mold subjected to fire, several (though by far not all) of the hazards have similar ways for the uninitiated to make them worse. We do get a plethora of slimes, btw. – for example one that will superheat and destroy equipment and melt full plates on their owners. There are vast amounts of extremely cool plants, for example ones producing rapture-like trances or even ghost plants that rip the soul from those passing their glades.

Of course, the pdf not only includes plants, but we also get locations tainted by the seven deadly sins, divine catastrophes and crystals. I see you yawning at crystals, but hear me out – there is one that actually amplifies sound to devastating levels when subjected to it. And there are crystals that may age you to venerable – which, as a nice nod, e.g. Time Thieves and Time Wardens can counter via spending time motes. It’s little additional details like this that not only showcase great collaboration between 3pps, but make the respective supplements get more value. Have I mentioned carbon-monoxide bubbles rising from lakes to suffocate life? And then there is a new way to approach madness if you don’t want to include a full-blown new system – essentially, the idea is that madness works much like other afflictions, but is rather hard to get rid of. Neat!

This is not where the pdf has its sole focus, though: There also are rather big disasters/problems that contain more complications and could be considered encounters or even location templates in and of themselves: Burning buildings (including smoke, heat, fire walls etc. and even alchemical explosions), conveyor-belts of doom (with rock crushers, steam, etc.) and e.g. meteoroid-impacts are covered, the latter of which some of you might know from 3.5’s excellent “When the Sky falls”-event book by Bruce R. Cordell, one of my 3.5-all time favourite books. Have I mentioned rules for standing, fighting (and falling off) carriages, howler- or dire cheetah-drawn carriages and even trains?

Editing and formatting are very good, I only noticed two minor glitches, none of which impeded my ability to understand the content. Layout adheres to a 2-column, full-colour standard. The pdf comes with full bookmarks.

Don’t be fooled by the rather bland front cover – this pdf is the best start into the new year a reviewer like yours truly could ask for – this installment of the 101-series is on par, perhaps even superior in quality and usability with 101 New Skill Uses! The new hazards are awesome, imaginative and cleverly designed that I was smiling to myself almost all the time. From iconic plants and small hazards to the stellar, complex disasters and environmental complications like the aforementioned battle of a carriage/train-roof or burning buildings make this pdf an instant-classic that should be a part of ANY PFRPG-GM’s library.

If you’re a player and look for a present for your GM, BUY THIS. If you’re a GM looking to recapture the magic of encountering your first green slime, brown mold etc. – BUY THIS.

Seriously, this is one excellent, stellar pdf that is a hot candidate for my “Top 2012-list”, even now! All the potential ideas included herein make a campaign more detailed, challenging and organic. We need more of the ilk and I hope we’ll get another 101 Hazards and Disasters soon. My final verdict? 5 Stars, Endzeitgeist seal of approval.

Why are you still reading this, buy this! 😉

101 Hazards and Disasters is available from:

The Genius Guide to Fire Magic 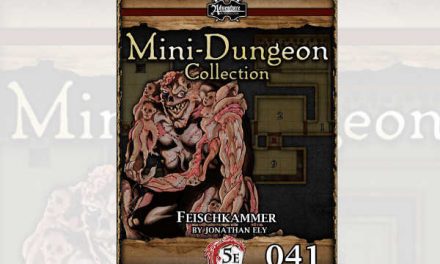 The Northland Saga Part 1 – Vengeance of the Long Serpent