Arrows of Indra is now available in print

Arrows of Indra is an RPG based on the original and most popular fantasy roleplaying rules; for old-school heroic fantasy adventure in a world that is exotic and at the same time highly recognizable, Inspired by the Epic Myths of India during the Age of Heroes.

Players take on the roles of brave Kshatriya warriors, disciplined yogis, temple priests, rogues or scouts, assassins of the dark goddess, magic-using Siddhis seeking the mysteries of the universe, playing humans civilized or barbaric, immortal Gandharvas or Yakshas, Vanara monkey-men or half-demonic Rakshasa; and adventure in Naga-filled jungles, fight Asura demons, visit the ruins of ancient Rakshasa empires, seek out the shining treasures of the truly massive Patala Underworld, fight duels for money or honor in the Kalari Arenas, or get caught up in the political and military intrigues of the human Bharata Kingdoms.

It’s the same heroic adventuring you know and love, but with a new and exciting environment. No anthropology, history, theology or linguistics degree required; everything you need to play heroic characters and adventure in the Bharata kingdoms is found right here in this book! 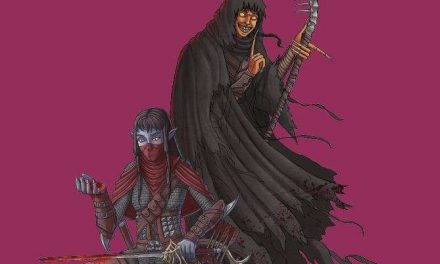