Now that I’ve finally advanced out of the dark ages and gotten an iPad and iPhone, I’ve realized that there’s a veritable sea of amazing board game ports and strategy games out there to waste time with. I’m firmly of a mind that eventually, all games will become digital, with only the most afflicted of Luddites still having the cardboard versions.

I’ve heard arguments that cardboard versions will never go away, with the least compelling being that people in the same room will always trump online games. Personally, I think it’s a load of BS because virtually all ports to iOS of any note have both hot-seat, wi-fi, and/or online versions, so technically, a bunch of guys with iPads (or one iPad passed between them) can all get together on Sundays and sit at the same game table and play the same games they always have, but without the need for 20 minutes of setup, 20 minutes of tear down, and an hour of time savings on doing all the rather pedestrian “upkeep” required when playing many of the more complex board games that exist. I mean, how awesome would it be to play Command & Colors: Ancients just as easily with a guy from next door as it would be to play with a guy who actually lives in Rome? Without taking three hours to apply stickers to blocks, and for 40$ or so less?  Epic.

Anyhow, due to my belief that the proliferation of tablet computing will change the face of board gaming irrevocably, I will be doing some spotlight articles on new and upcoming games that I think have promise and should be supported by board gamers. But anyone can review any old crappy iOS game, so I’m only reviewing the ones that you probably haven’t heard of, and that are in the nascent stages so that you can support them on the ground floor so they can have the means necessary and, really, a good reason to further develop the game.

This first article is about a really inexpensive, yet truly entertaining game called Battle Fleet. It’s available in the App Store for about three bucks, and while it’s a little rough around the edges regarding some bugs, the developer is committed to developing the game to its fullest potential.

It’s a bit like the old “Scorched Earth” PC game from the 90s, where you choose your weapon, give an angle and a power setting, and fire away, but it’s far more than that. It has a nice variety of ships such as cruisers, destroyers, battleships, and carriers, each with their own speeds, damage levels, and weapons slots. I’ve been playing it for around a month now, I guess, and I’m still enjoying it, which is tough for a ADD-prone guy like me.

The game comes with two campaigns with absolutely no historical reference, one US campaign that is around ten missions long, and another Japanese campaign that is half the length, but is under further development as I write this. Additionally, there is a PvP hot-seat mode, which allows two players to duke it out on the high seas using a maximum point value used to buy ships. Ships are selected, with a current maximum of three per side, and then a wide range of weapons may be loaded into the available slots of each ship.

Additionally, there are “Command Cards” which are collectible on islands around the battle map, each of which provide powerful and quite differing boons to the players. One gives you a precise range and angle from a ship to a target, another allows you to call in an air strike upon an area of the sea, while yet another allows you to sabotage an enemy ship, thereby causing that ship to lose its turn at a time of your choosing. It’s a great little adder to the game’s strategy, and it’s always fun to pick up a card mid-game and get a nice bump that could potentially tip the balance of power slightly in your favor.  For those who want less luck involved, though, you can disable Command Cards in the setup menu.

Some of the finer points in the game that really set off the mood is that all of the mission briefings and commands are spoken in the native language as well as written on the placard that pops up on the screen. This means that when you play the Japanese campaign, you can actually hear the mission briefing in Japanese while reading along in English, and when you select a ship in-game, you’re met with either an American saying, “Yes Sir?” or a Japanese commander giving one of several responses in his native tongue. It’s those little things that make the game just feel right for a World War II war game.

Another really cool thing I really enjoy about this game is that the soundtrack has a “John Williams” quality about it, in that it really helps keep the tension going a bit. I almost always turn music off in video games, but this is an exception. Another great thing is that, like the old Star Trek simulator BEGIN, there are range rings shown that help you estimate range.

The graphics are really sharp to begin with, but the developer is currently overhauling the backgrounds as there have been some complaints that it’s a little too bland. I didn’t think so, but I can see why some people would. Also, they are going to be expanding both the US and Japanese mission portfolios with extra campaigns, more surface ship types as well as other, alternative craft, different weapons, and a host of new mission types including raiding a land-based airfield.

Now it would be unfair of me to exclude a couple of niggles that I have with the application. There’s a couple of minor bugs that can be painful, such as a “Player X’s Turn” placard not going away for a turn, which leads to basically not being able to take a good turn. It is very seldom seen, and I have yet to be able to replicate it in any repeatable way, but it does exist. The most annoying thing about the game, which isn’t really all that annoying, is that when you place weapons on ships in multiplayer mode, sometimes the touch-sensing isn’t all that hot, so you may have to take a couple tries to place weapons.

Finally, and most crucial, the multiplayer mode currently only has a “let’s kill each other’s ships” mode, and I’d like to see some mission-based modes where two players can duke it out using one of the campaign missions, or ideally, go through an entire campaign together on opposing sides.  There is no online multiplayer yet, which is the one thing this game will really need to have in order to be competitive in the game market. The developer is already working on all of these things, so I am hopeful, and he has a blog where he posts updates and whatnot on a semi-regular basis.

At the end of the day, if you’re a sucker for seaborne turn-based war games, this is a great start. I recommend it, even with the bugs, because it has given me more playtime than many other games at much higher price tags, including Xbox and Wii games.  It’s $3.00, people, so get behind this app, and let’s get the developer the means and motivation to expand this from a great, truly fun app into an exceptional app, which I truly believe it can be. Eventually, asynchronous games will become available, and we can all play together, which is what this hobby is all about. Until then, I’ll just have to settle for wiping out my friends locally.

This has provided me with more entertainment value than a lot of the other games I’ve played. While it’s not as polished as some, the developer is committed to the title and I’ve had many conversations about what he has in store for the game. This is a chance to get in on the ground floor!

Learn more about this game at http://www.BattleFleetGame.com/ 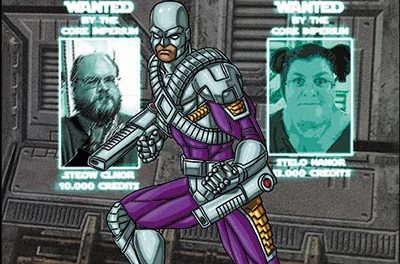