This being a review of a novel from Rite Publishing, the following contains minor SPOILERS.

Sarvesh has an interesting job in what could be considered middle management – he has a dedicated cadre of trouble-solvers under his command. He enjoys a good drink in his favorite tavern with his best friend, flirting with the females. Sometimes, he has to deal with tensions in his troupe and solve minor racial issues and oftentimes, he is annoyed by his often choleric and none-too-smart boss. He is successful and good-looking and enjoys a good drink.

Sarvesh is just like you and me. And Sarvesh cleans himself by igniting his skin and his horns, wreathing them in flames. He stomps about his city on hooves, has massive wings and is essentially as demonic as one could imagine. he’s also the commander of the Twilight Guardians, a cadre of special enforcers that seek to keep the goblin, oroq and minotaur denizens of his home safe from incursions when not coordinating raids on dwarven ale-supplies. For Sarvesh lives in the legendary Twilight Dungeon: His best friend is a minotaur with relationship-problems, the female one of two drak-trapmasters (think kobolds) has a hopeless crush on him, there is a rather severe chance for a relationship with the sinuous medusa-wench and when he’s not being yelled at by his boss, babysitting the local (none-too-bright) ettin and finding things for the one clever goblin of the dungeon to do provide for a lot of tasks.

And then there is the constant resetting of traps, striking back of dwarven invasions and of course, the incursions of the most dangerous of all invaders to repel: Adventurers have traditionally often killed the de facto leader of the dungeon and are justly feared by the hodgepodge community of humanoids that live, love and yes, even cry. And especially the “demonic” protagonist Sarvesh is a compelling and somewhat mysterious character that comes off as a great catalyst to experience the world of the Twilight Dungeon.

Unfortunately, though, the narrative has two strands and while the denizens of the dungeons are depicted as sympathetic people (I especially like the pseudopod-studded, eyestalk-owning creature…), the adventurers (i.e. antagonists) are unfortunately rather bland.

We meet the adventurers while they are gleefully slaying a whole village of aforementioned draks, even slaying their unborn. Of course, these Draks were innocent farmers, leaving no doubt of the nefarious hypocrisy of the cavalier/leader/fanatic of the group. There’s also a gender-divide in the adventuring-group – the two females, the rough-and-tumble sorceress and the elven mystic are of course, from almost the first chapter they’re featured in against the heinous fanaticism shown by “Lord” Strom Lightbringer – if you need a characteristic, think the utmost LN-holier-than-thou prickishness of a fallen paladin imaginable and there you are. The other males of the group are a thief called Yuri who contributes exactly nothing to the storyline, while the same can be said of the squire, who is essentially regarded as a meat-shield. It should come as no surprise that the elven mystic and the sorceress begin a relationship that is by far the thing about the group that is best developed. While said relationship offers for a ready means of identification, in the end, it overshadows the characters involved , somewhat neglecting their individual characters – especially the sorceress Tasha remains rather pale.

There’s another storyline in the Twilight Dungeon: Unbeknown to Sarvesh, a hidden threat looms and has even infiltrated his elite cadre! While this story is nice and keep the cadre of characters busy, it’s overshadowed by the ingenious nature of especially Bargle (the pseudopod-thing), Suri (the medusa) and Sarvesh.

“Wings of Twilight” has been a dual reading experience for me – on the one hand, the chapters in the dungeon per se are a true joy to read and do a great job in making the humanoid community interesting, exciting and cool. On the other hand, the antagonists remain cardboard cutouts and mostly despicable – especially in a world where magic is essentially color-coded by alignment, the fanaticism of the main antagonist cannot be justified by any means, his cohorts remaining either unsympathetic, underdeveloped cretins or inconsequential in the case of the two ladies. While the lesbian relationship is probably geared towards making them more exciting for a male (or BGLT) audience, at least for me, they didn’t do the trick, instead coming off as inconsequential: I can’t, for the love of my life, fathom a good reason why they would stick with this insufferable prick. This might have been the intention of the author, though: After all, the dungeon’s society is harsh and in order to depict e.g. the callous regard for goblin-life as something to identify with, one would need a stark contrast. Devoting about half of the chapters to this storyline, though, rather hurts the book due to the fact that Hans Cumming’s biggest strength as an author, in my opinion is his ability to depict this strange society and make it relatable and even funny at times: The dungeon’s section is suffused with a humor that reminds one in the best cases of the Dresden Files prior to the series’ latest two debacles. The scarce battles on the other hand did not excite me that much.

During my lecture, I found myself wishing more and more that Hans Cummings would have resisted the temptation of adding this antagonistic storyline – a short introduction, perhaps 2 chapters and then go for their delve, leaving more room to develop the intriguing dungeon and its inhabitants or even the world and its enigmatic cataclysm and cosmology. Were I to rate this book on the merits of the dungeon alone, I’d settle for a final verdict of 4.5 or even 5 stars, but the dilution of the original concept with the second storyline, especially due to not featuring a satisfying payoff for the antagonists: The growth even the females go through is marginal at best, especially when compared to the trials and tribulations of Sarveth and his clique.It should be noted that the book features some nice b/w-maps of the land and the dungeon. In the end, my final verdict will reflect the cool society in the dungeon that does not devolve into a standard noble/bloodthirsty savage dichotomy more than the (in my opinion) antagonists that can be neglected for a final verdict of 3.5 stars, rounded up to 4 for the purpose of this platform.

Wings of Twilight is available from: 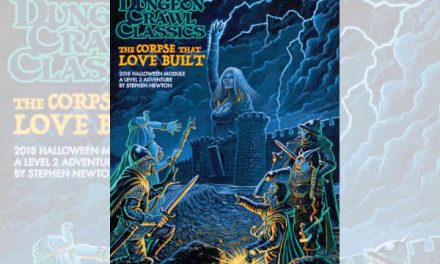