Possibly the ultimate in-character resource, written in a ‘future history’ style and with numerous extras, this is a treat for all Star Trek fans…

Publisher’s blurb: “Assembled as a Special Exhibit on Memory Alpha, Star Trek Federation: The First 150 Years celebrates the 150th anniversary of the founding of the United Federation of Planets.

“This unprecedented illustrated volume chronicles the pivotal era leading up to Humankind’s First Contact with Vulcan in 2063, the Romulan War in 2156, the creation of the Federation in 2161, and the first 150 years of the intergalactic democracy up until the year 2311. Meticulously researched, this account covers a multitude of alien species, decisive battles, and the technology that made the Age of Exploration possible. It includes field sketches, illustrations, and reproductions of historic pieces of art from across the Galaxy, along with over fifty excerpts from key Federation documents and correspondence, Starfleet records, and intergalactic intelligence.

“Housed in a pedestal display complete with lights and an audio introduction by Admiral Hikaru Sulu, this deluxe edition also features five removable documents from the Federation Archives, including Zefram Cochrane’s early sketch of the warp-drive engine, a handwritten letter from young Jim Kirk, and the first-known diagram of a Trill symbiont.”

Have you ever wished that the United Federation of Planets was real and that you, too, could bodly go where no one has ever gone before?

You’re not alone. Watching the TV series and the films is not enough… sometimes even the role-playing games don’t quite hit the mark. This book might help.

Imagine, if you will, that you are rooting around in the library at Starfleet Academy, in the history section. In pride of place, on a fancy display stand, your eye is caught by a history of the Federation. You decide to pick it up and have a read…

That sounds like something I might say when running an RPG: this splendid resource makes it come to life, enabling you to enter that alternate reality that is Star Trek! For here is the history of the origins of the Federation written as history, just like any other popular history book you might have on your coffee table or your bookshelves.

Starting with Zefram Cochrane’s first warp drive test flight that led to First Contact with a passing Vulcan ship – and speaking of it as a familiar tale that you grew up on at that! – it reviews the sweep of history since then as Earth humans joined, and quickly assumed a leading role, in galactic civilisation. Much will be familiar to the enthusiast who enjoys everything that comes out about Star Trek, the real joy is in the interspersed images: copies of treaties, exerpts from Vulcan philosophy, from newspapers of the time, sketches of pivotal figures. It’s like a piece of future history fell back through a wormhole in time into your hands. Even the bibliography at the end is ‘in character’ with references to Memory Apha records and historical dissertations published in the 22nd century!

If that alone wasn’t enough, the rest of the package is pretty neat too. A blueprint of the USS Enterprise is maybe no surprise, most of us have assorted ‘technical manuals’ tucked away. But notes about warp drive scrawled by Cochrane himself on an envelope from the IRS? A note from a young Jim Kirk to his Mom? An anatomical diagram of a Trill, and a letter (in Trill script & translation) concerning doubts about revealing their symbiotic nature to the Federation in case they got upset about such a novel lifeform? These are things that those of us who would inhabit the alternate reality that is Star Trek can but dream of… and here they are, ready to be handled and passed around.

A particular gem is the author’s Addendum for the 75th Anniversary Edition… with some further events, more future history, enhancing the sense that this all happened and is continuing to happen, a nice touch!

Overall it is a beautifully-produced work, with a lot to offer the Star Trek enthusiast, something to treasure as you let your imagination boldly go…

For the role-player: Excellent background reading and fabulous props: there isn’t much more to be said. Whilst not particularly useful within the course of an actual game, it’s something keen players will want to study as they get inside their character’s head – perhaps a proud parent bought the book when they enrolled at the Academy! 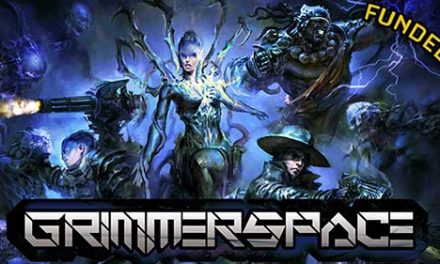