Much as technology and my bank balance tend toward miniaturization, there seems to have been a recent trend for compact, fast but beautifully formed games, ‘microgames’ I believe the kids are calling them. The poster boy, or rather poster princess, for these recent offerings is undoubtedly the well-regarded Love Letter, a game that revolves around you passing a note of affection to the object of your amorous desires without the knowledge and interference of your fellow players. Brilliant.

Hot on Love Letter’s coat tails, or rather creeping along in the shadows behind it, leering and cracking its knuckles, comes another little beauty called Coup. or possibly ‘Coup City State’. Or ‘Coup: City State’. ‘Coup feat. City State’?

I assume we owe the ambiguity to the pre-existence of another game called Coup, but that’s by the by.

Coup is another one of those games, like The Resistance and Skull and Roses that sidles up to you uninvited and whispers in your ear, all hot breath and spittle, “Do you trust your friends? Family? Spouse?” only to respond with a crack-toothed and doubting grin when you assure it that yes, yes of course you do.

A game of Coup takes about ten minutes, and a more queasy, uncertain and enjoyable ten minutes you will be hard pushed to find, yes sir. The aim of the game is to eliminate every other player by forcing them to turn over the two face-down influence cards everyone is dealt at the start of the game. Once revealed these cards become useless, and as before, if both go face-up you’re out of the game. In theory play revolves around amassing coins, for once in possession of seven of them you can initiate an unopposable coup against a fellow player to force them to flip one of their cards. Towards this end everyone can take one action per turn, the most straightforward of which is to claim income, and take one coin from the bank. Or two if they claim foreign aid, but unlike taking one coin, and in common with everything else you will do in the game, this is not without risks…

See, those influence cards, they represent the people at court over whom you can exert, well, influence. There are five different characters, each appearing three times in the deck. Oh yeah, this tiny box contains 15 cards, some coins, rules and player cheat sheets, and that’s it. And it’s worth every penny.

The first of these jokers (there are no jokers), is the Duke. The Duke’s a fun guy to have around, he’ll net you three coins on your turn, but there’s more, he’ll also let you block any of those other scroungers from claiming foreign aid, should you wish to. The Captain is also handy for your economy, as he enables you to extort two coins, not from the bank, but from another player. Pay up suckers. He also protects you from anyone else trying to pull the same thing on you. As does the Ambassador, who, aside from this defensive sideline, gives you the chance to switch out your influence cards if you don’t like what fate dealt you.

The final pair are the nefarious Assassin (assassins get invited to court now?), who allows you to forego all the couping, and just pay a bargain-price three coins to force another player to turn one of their cards over. Unless of course that player has the final courtier, the Contessa, whose sole purpose in life is apparently to distract Assassins. How she achieves this is a closely guarded secret.

I’m sure from the brief and ham-fisted descriptions above you’ll have been able to deduce some of the finely balanced and gossamer-like network of interaction and counteraction that exists between the roles as designed in the game. It is clear and clever and counts for nothing.

For here is the dark heart of Coup, and every beat pumps not lifeblood, but deceit and distrust. It matters not one iota which two cards you have actually been dealt. You are free to lie, to claim  influence over anybody, and use the associated abilities, whenever you like. Of course, that’s only true as long as you follow the golden rule of Coup: Don’t Get Caught.

For all the talk of coups and assassinations, it is often this very distrust that proves the decisive force in this game. If you sense something fishy going on, say a fourth player has just claimed influence over the Duke, you are free to challenge their action. If you were right to doubt the lying scum, and they cannot produce evidence of their truthfulness by revealing a Duke, they must immediately turn over one of their cards. Contrariwise, if they do show you they had a Duke all along, you must flip one of yours. They then get to shuffle His Dukeness back into the deck and draw a replacement. Who knows what they’ve got there now.

The counteractions can also naturally be challenged, leading to the possibility, nay inevitability, of exchanges like the following:

“I take two of your coins with my Captain”

“Fine, here he is *shows Captain*”

“Balls. *flips over a Contessa* Okay then, I’ll block you with my Ambassador.”

“What!? Why didn’t you do that to start with!? Rubbish. Don’t believe you.”

“Ahem…” *Shows other card, it is an Ambassador*.

“You arse.” *turns over Assassin that replaced the Captain – and was last card*.

I have been on the receiving end of this particular manoeuvre, in all its ruthless tactical brilliance. Look at it, it should be obvious that no one would attempt such a patently ridiculous ploy unless they wanted to be challenged, but then you knew better, didn’t you? You, dear reader, saw that one coming, yes?

Because that’s the other thing Coup says to you. Honeyed words of flattery: You’re a smart cookie, right? You can tell when you’re being lied to, you can look someone in the eye and divine their honesty or otherwise, right? Because, after all, aren’t you just that little bit smarter than they are..?

Of course you’re not, and of course you can’t. But we all like to believe, don’t we, that in that moment when wits clash we have the ability to spot the tells, untangle the deceit, peer down into someone’s very soul and correctly catch them in a heinous lie.

There’s a fine line you need to walk to play the game well, one that meanders between not appearing too strong, not being too obvious and trying to misinform in ways that aren’t so offensive to the other players that they’ll challenge you. Unless you decide to be one of those people who chooses to not to use a power you possess until it’ll definitely piss someone off, in which case I loathe you. I would never do that.

Hopefully sticking to this tricky path will see you into the last two or three, at which point it becomes all about trying to work out, using your suspicions about what your opponents have as well as everyone’s relative wealth, which card or cards you need to ensure victory. Ideally you would actually have them, but hey, as long as they think you have them…

The first few times I played Coup I thought this mathematically predictable aspect to the endgame was  a bit anticlimactic, taking all the bluffing derring-do of before and flattening it into a grey plain of dull inevitability, but I was wrong. It’s not a bug, it’s a feature. I now realise the whole game (all ten minutes of it!) should be spent trying to get yourself into a position where the inevitability tilts your way with the final other player, at least assuming you were right about their cards. Which you probably aren’t.

This aspect adds yet another axis of deduction to the n-dimensional bluffogram that represents this game mapped onto fibspace.

So yeah, I usually try and round these things out with a wee bit tying into the introduction, maybe pulling together some of the similes and metaphors I’ve strung throughout the review, if I’ve remembered to do that. But I am just going to say this. Play Coup. Because I can’t think of anything else to say.

Coup is available from: 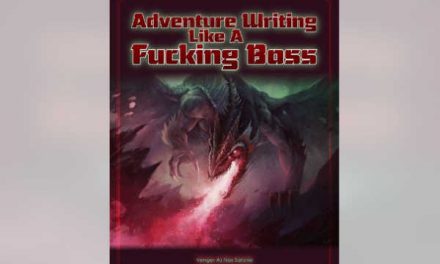