Anyone who likes cool TV would have heard of Thunderbirds, the series set an incredible precedent on TV decades ago and it has remained an icon and a milestone to date with a massive following of dedicated fans. Now those fans, and more people yet to become fans, are going to have the chance to become Thunderbirds themselves and work together to save the world from the nefarious plans of The Hood, who won’t make the task easy.

And neither has Matt Leacock, the designer of the Thunderbirds game that Modiphius will publish as soon as the Kickstarter campaign is over.

In this episode of Dice & Slice we show you how the game plays and talk to publisher Chris Birch about the plans for the Thunderbirds game, it’s strengths and more.

To make sure you have as much time to play the game as possible, this episode features two recipes that take mere minutes to prepare without compromising on taste.

The main course is a Lemon Roast Chicken that takes less than 10 minutes to prepare and is ready in the time it’ll take you to save the world a few times. You can download the recipe here.

For dessert, a recipe for Vegan Brownies that will have everyone around you amazed at how incredible something without eggs or milk taste. Download the recipe here.

If you have enjoyed this episode, please consider becoming one of our Patreon sponsors. 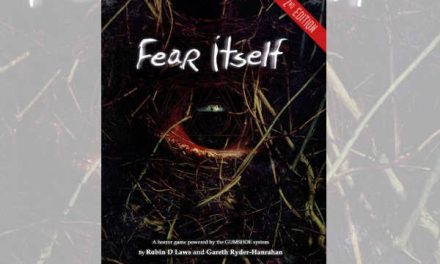 Review – A Fly in the Ointment

To Kill or Not To Kill