I have always liked Paladins. The first ever character I played was a Paladin. The current character I am playing is Paladin. In the nearly 20 years I have been playing Role Playing Games, I have played Paladins, Knights and other moralistic and ethical type of military characters when available and if appropriate.

Don’t get me wrong, I love more chaotic or even evil characters too. I have played a disgraced nun, paranoid rogue, gay barbarian and many others, all of them with a lot of quirks.

However Paladins have a special place in my heart.

I like them and I like them for many reasons. I like their simplicity. There are no questions about a Paladin stance. You know what to expect from a Paladin and the Paladin knows what will happen if he goes in the wrong direction. But he knows there is little chance of it because his convictions and ethics are as strong as they can be.

They uphold values I uphold myself in my day to day life. Actually, that most of us uphold. We abide by the law, we do good when we can and avoid evil. We dislike evil people, and push came to shove we’d fight for the right cause and the right reasons (not that I am condoning violence. I am not). And yet, when a Paladin tries to do all that in a game of D&D, mockery and rejection is likely to occur.

And I don’t understand it.

I will give you a couple of examples.

Some 15 years ago: Elohim is a human Paladin. In his mid 20’s, he’s just left the “Academy of Paladinhood” and wants to go out there and do good. He is rather unfortunate, though, that he has got a lisp. His diction is not all that great. He can also be quite grumpy and can be verbally temperamental when he gets frustrated or when people around him do stupid things.

Not 15 minutes into the game, I came under attack from pretty much anyone else in the party because, apparently, a Paladin can’t be temperamental. They are meant to be collected, cool and, basically never show a strong opinion. Didn’t sound OK to me, but when I tried, then I was accusing of playing a gay Paladin, with lots of derogatory behaviour and mockery. The last straw when someone defaced the drawing of my character with the word “faggot” in the armour. Needless to say I left the party. No… not just I stopped playing my character, I left the group.

10 years ago. Another Paladin (can’t remember the name), also human. In an adventure full of intrigue and politics, I decide my Paladin will take a less violent route and will try to eradicate the evil in the city by driving away the drug dealers rather than killing them in the city, with the consequences that would have for the population, who could find themselves in the middle of a guerilla war.

At the first chance, Paladin visits the tavern where some of the undesirable drug dealers are living and engages in a conversation to try and convince them to get out of the city. During conversation, this drug dealer provides with very valuable information that will help get rid of his enemy.

Apparently that’s not very “paladinic” either, because my god stripped him of his Paladin abilities for “negotiating with evil people”.

Fast forward to present day. Leviatham. Half Orc Paladin with a fetish for dwarven females (don’t ask me where I get the ideas from…). He was raised in a nunnery when he was abandoned by his mother and the nuns took pity on him. After a trip for supplies, he returned to find out that the nuns had been slaughtered. He takes off in a quest to find who and why killed the nuns.

First dungeon in Cormyr he helps rid of a bunch of goblins. An ogre is knocked unconscious after an arduous battle. Leviatham decides it would be “unpaladinic” to kill a foe who can’t defend himself and wants to tie him up to pass judgement and give the death penalty for its crimes. Protestations and mockery from the rest of the party. Even other lawful good characters were against it.

Try to capture a Kobold alive to be interrogated and, apparently that is useless because they’re not very clever creatures, so the last Kobold gets killed against the wishes of the Paladin and everybody, both in and out of game, again mock my attitude and, thus, my character’s.

I am using three examples separated a few years as to show what sort of issues arise with Paladin issues at different stages of both the game, and the ages and experience of the people playing.

Why can’t Paladins have a temper? Why can’t they try to sort out things peacefully and try to redeem people rather than slaughter them? Why is it so bad and funny to give an evil creature a moral treatment rather than behaving like they do?

Would we truly mock a policeman in the real world for trying to bring a murderer to justice rather than killing them on sight? No. It is accepted that fair court and justice system is the right thing. At least in a civilised country.

Would we mock a general, a lieutenant or even a sergeant for trying to capture a prisoner rather than slaughter the whole party of enemies so they can be interrogated and intelligence gathered? Even if that prisoner is a minion with little or no knowledge to share. No. Capture the enemy and gather intelligence is the logical attitude.

So why are Paladins the laughing stock of the RPG world?

Is it because when we play a fantasy RPG we don’t feel the need to apply our own ethics? Maybe because we don’t make the connection of common sense with game-play? Is it because doing the right thing in-game is less fun than doing the killing?

I really have no idea.

Gifts For The Gamer Who Has Everything

Wizards and Paizo sharing the charts!

Does Anyone Care for RPG History? 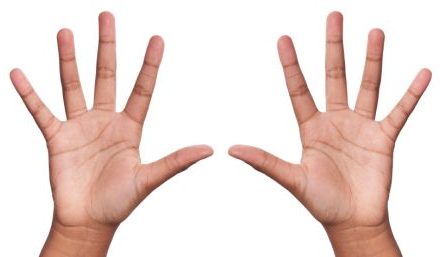