How Do I Describe My Hobby?

What is a roleplaying game?

It’s a hard thing to describe. Well, it’s hard to describe in such a way that does it justice, that will get across how good it is without actually sitting someone down and letting them play. This may be drastic, and not everyone may agree, but I believe that roleplaying games are one of the best forms of entertainment you could partake in, ever. It’s a bold statement so I will try to back it up.

Most people don’t know what the term ‘roleplaying game’ means, but chances are they have heard of Dungeons and Dragons. Then they will think of nerds in basements wearing wizards hats and move on.

Dungeons and Dragons is the best known mainly as it was the first, has been very successful, and has had other branches out in media, but there are many others. So just for now, put wizards hats and dragons out of your head. I will try and start with the concept.

Imagine you are in a room, you have no memory of how you got there. It’s dark, dank, with stone walls and a stone floor. It’s bare apart from a hole in the ceiling with a rope dangling from it down into the middle of the room. You think you can hear whispered voices coming from the hole above you. What do you do?

As soon as you think about that situation and how you would react, you are playing a roleplaying game, putting yourself in a role. What did you think? Did you pull on the rope? Did you listen harder at the voices? Did you wonder what equipment was on or around you that you could use?

Someone needs to answer these questions, that’s where a games master or dungeon master comes in, they have the details about the situation you are in and the info to fill in the blanks. Maybe you said you pull on the rope, the games master will know that the rope is fixed to a beam and is sturdy. He knows this as he is working from a story, or a script, with a start, middle and end. It’s his job to let the players know what is happening, what they can see and hear, and what happens based on their actions, and it’s his job to drive the story along. He will have either come up with this story himself or bought a published adventure that games companies produce.

Let’s say that we are in a fantasy setting and you are in the room as you were caught stealing from a noble man, he has taken matters into his own hands, knocked you out, and put you in his personal cells. You as the player won’t know this yet and the game master won’t tell you, but the games master will know as he knows the story. You will find out later as the plot unfolds and the games master reveals the story, like all good films and books, if it’s a good one there may be a twist or further intrigue.

Back to your current predicament, your stuck in the room. Let’s say you decide to pull the rope, the games master says the rope seems fixed to something sturdy. You want to climb it, but like all things in life there is a chance of failure and consequences of failure. This is where the rules come in. Different games have different rules and ways of resolving things, but the principle is the same. Your character will have statistics to say how strong you are, how intelligent you are, how dexterous you are, etc. You usually have to roll under or over your stat to succeed. Let’s say it’s based on strength as you have to pull yourself up the rope, the games master says you need to roll a 20 sided dice, you have good strength so you need to roll 5 or higher to do it. Good chance of rolling that and succeeding, if you have bad strength it might have been 15 or more. These kind of rules govern everything that the characters do that involves success and failure, that includes fighting and combat, of which there is generally a lot of. You are playing brave adventurous heroes after all!

In a nutshell that’s a roleplaying game. What is hard to put into words is the feeling of being in your favourite book or movie, and being able to do whatever you want and having a story unfold with you in it, shaping it. Part of the job of a games master is to improvise if the story doesn’t follow the planned path, that’s when the magic happens and the players and GM are bouncing off each other creating the story as they go.

As people get more into the game they become attached to the characters they are playing. They dream up back-storys, develop catch phrases, give the characters traits and flaws. Then when playing they role-play this character, the other players role-play there’s and suddenly made up personalities are having in-depth conversations about potentially life and death situations. Do we trust the noble to pardon us if we complete this dangerous task he has asked us to do in exchange for a pardon? The player that has decided his character is a rash and bad mouthed dwarf and will have probably chimed in straight away, telling him to stick his pardons where the sun doesn’t shine. A good games master wouldn’t punish this, he would go with it as it’s fun and good roleplaying, especially when the other characters would probably do their best to shut the dwarf up. The games master at this point knows where he want the story to go, but right now anything could happen. The games master has decided the Noble in this case is needs their help so will give the dwarf a chance to apologise, maybe making then a roll on a diplomacy type of skill. At that point a more diplomatic character might step forward and try to smooth it over.

That’s a primer. I play Dungeons and Dragons as I love the fantasy setting and it’s the daddy of all roleplaying game. However, any setting you can think of, horror, sci-fi, thriller, espionage, has a roleplaying system to it. Any film you have seen and thought, ‘I
wouldn’t have done that! I would have done this!’ or ‘I would love to be in that setting making those choices’, there is more than likely a roleplaying system for it.

If that description sounded good and you wanted to get started, we have the starter game set for DnD over here. It will get you started on the path. Take the first step, you won’t regret it.

If you want any more info on getting started come and say hello on our forums, I will be happy to point you in the right direction or run a demo for you at a club night.

Thanks for reading, and good luck! 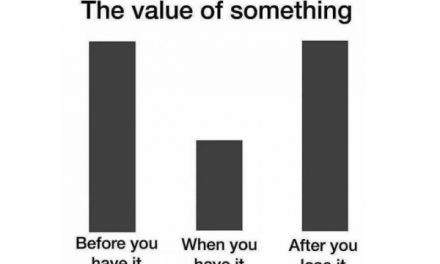