In this unboxing video I am going to show you the contents of Madness At Gardmore Abbey, a Dungeons & Dragons 4th Edition adventure for Heroic Tier.

I haven’t played the adventure, so will not comment on the quality of the encounters or the plot, but I will let you know what the contents are like in terms of quality and if they are appropriate oro not.

There is a lot in this box, including a surprise that will come very handy in the future!

This is what the publisher has to say about this box:

A thrilling heroic-tier adventure for characters of levels 6–8.

This deluxe adventure takes heroes into the ruins of Gardmore Abbey, a monastery that was once the base of a militant order of paladins devoted to Bahamut. According to legend, the paladins brought a dark artifact back from a far crusade and stored it in their abbey for safekeeping, and evil forces gathered to assault the abbey and take it back. What the legends don’t tell is that this artifact was actually the Deck of Many Things, a force of pure Chaos.

This adventure brings characters into the extensive dungeons beneath the ruins—dungeons that are warped and twisted with the raw forces of Chaos surrounding the cards of the deck.

You can buy Madness at Gardmore Abbey from:

Podcast Episode – The RPG Room: Why are games so repetitive? 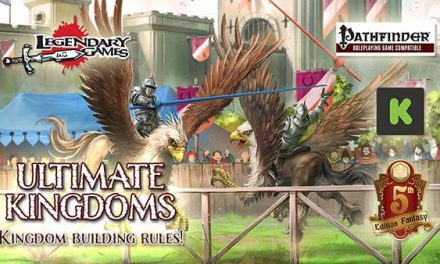