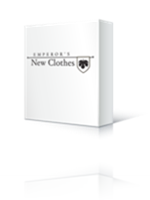 Hans Christian Andersen is well known for his tales. One of the most famous is The Emperor’s New Clothes, in which a vain and gullible emperor who is told the only people who can see the clothes he’s wearing are the clever people and anyone who say can’t see it is stupid. Of … END_OF_DOCUMENT_TOKEN_TO_BE_REPLACED