This module for 3rd level characters is 40 pages long, 1 page front cover, 1 page editorial, 2 pages of SRD, leaving us with a solid 36 pages of adventure – so let’s take a look!

The town of Baruth has recently has seen some changes – when a local tyrant was disposed, the call to adventurers went out – and people have been missing. The PC’s task is to reclaim the poor unfortunates delivered into slavery and after some basic hooks and a short primer of the hamlet’s “hotspots”, the PCs are off to the wilderness to find the kidnapped people. The trail leads via the hint of a local ranger towards a major gnoll encampment.

The journey through the wilderness will have the PCs face off versus a ghast, an orc and finally with a bugbear, though all of these encounters come fully written with fluff text, making them viable for inexperienced DMs and easier to run than your average random encounter.

Upon reaching the Gnoll caravan, what has been apparent by now shows up – the prose is simply not that captivating -and there are some glitches here that make running the encounter harder than necessary: The gnoll camp, with its 4 gnoll males (information btw. not repeated in the statblock) has an indistinct amount of females and young that flee. Wait. What? How do the PCs know that? We get no sttablcoks for the non-combatants and the camp remains opaque – what dimensions does it have? What types of dwellings? How could the PCs from a distance tell gnoll males from females? Whether by rescuing a kobOld (not kobald, as the pdf likes to call him..), the PCs are pointed towards the place where the gnolls sold off the villagers.

In the area around the mountain of Dorden, a young white dragon lairs and makes for an encounter that hits a pet peeve of mine – while its tactics are ok and the fact that the PCs fight it on a frozen river may seem awesome, the fact that it’s essentially a random encounter with a DRAGON, who should be the apex creature/boss, not just a random battle thrown in the mix for good measure. Also: Why is the ice not slippery? Why do the PCs not need to make acrobatics-checks? What about swim-checks? How thick is the ice? Can it be broken via str-checks/damage? All this crucial information simply is not there.

The caves of Dorden feature a neat dwarven village-style outpost – abandoned and now inhabited by mites and vermin. The lower caves of the complex and in the lower caves, chockers, darkmantles and similar creatures await the PCs and they may even stumble into a battle between svirfneblin and drow before taking a conveniently-placed boat across a subterranean lake towards the next section of the complex: If they can survive the lacedon in the lake. The exploration of this final section then pits the PCs against a small force of duergar led by a duergar wizard (and again, lacking easily noticeable information on how much opposition is to be expected – there’s a reason one usually at least gets a statblock-style line saying “Duergar Warrior, use stats from page XX” in most products…). Yes, it’s a minor thing, but it annoys the heck out of me. Also weird: The text mentions: “While not overtly cruel, the duergar were intolerant of insubordination” – this translates to them executing halflings who tried to escape. Ähem. If that’s not cruel, what is? And no, from the context, it definitely is not irony or sarcasm. Also: Aren’t duergar kind of DEFINED by being the dour, lawful, cruel dwarves? As an optional climax, the duergar manage to release their target: They have excavated a obelisk that acts as a prison for a Leukodaemon -whom they try to set free. Yeah. Cruel enough yet? Said CR 9 beast makes for a fully statted possible future adversary.

The pdf provides about half a page of random encounter charts and a player-friendly version of the overland map, but not ones for the complex.

Editing and formatting aren’t that great – while the amount of typos is still tolerable, there are quite a few punctuation errors and repetitions of words that make this module not particularly fun to read. Which unfortunately becomes a theme. Layout adheres to a relatively printer-friendly 2-column standard that doesn’t hurt the eyes and is easy to read. Artworks are stock and fitting, whereas cartography is full color and ok, but honestly nothing to write home about. The lack of player-friendly maps of the dungeon and total lack of maps of the gnoll camp further hurt this module. Also: It has no bookmarks. No bookmarks. That’s just not up to any standard set by almost all other 3pps. Also: The fact that the statblocks in the encounters do not specify how many foes there are annoys me to no end.

Don’t get me wrong – I don’t object to cliché, been there, done that storylines – as long as the module is well-crafted, features something interesting. And this is where the module fails miserably. From the painfully generic hamlet to all encounters – tactic-wise there are some good ideas here, but damn – if terrain is there, it is not used. Time and again, the module devolves into making its locations opaque by failing to specify the dimensions of the respective battlefields and failing to provide proper terrain usage. At first, I thought this module was intended for beginner DMs and groups – why? Because it is RIDICULOUSLY EASY.

Seriously. My PCs would WALTZ through this with nary a scratch – and the absence of haunts or any traps beyond standard fare means that experienced players will get no satisfaction out of this one. And while I enjoy the relatively abundant read-aloud text, it simply is not captivating, leaves out crucial information and makes running e.g. the slaver camp abstract and harder on the DM than it should. And there’s the complete non-sequitur dragon-encounter as a sudden difficulty-bump right in the middle of the module, which, when played up by the DM (and supplemented by proper terrain usage/rules that the pdf omits), will quite possibly result in a lot of dead PCs/a TPK. The module also provides notes on difficult encounters and scaling, but no scaled statblocks or proper crunch – the advice, again, remains abstract.

I know, I should be lenient – and this pdf, in spite of what you have read, is not bad per se – but it’s BLAND. Like a dish where are spices are missing, you may get something that sustains you, but why would you eat it when there’s so much more tasty food out there? Seriously, at this price-point, the module has to directly compete with Frog god Games ( at 5 bucks) and you could get 3 (!!!) installments of 0onegames “The Sinking” or 2 of Kobold Press’ Midgard Adventures. Or you could get one of Adventureaweek.com’s modules. Or a Raging Swan Press module or two of their sidetreks. Or TPK Games’s Ship of Fools. Or Purple Mountain Games Purple Mountain-modules. Or 4 Dollar Dungeon’s modules, which are also superior…Or. Or. Or.

And the thing is: Each of these have one thing in common: They are superior in EVERY WAY to this module. In presentation, writing and pricing. And that’s not even starting with paizo-modules.

If there were no other modules out there at this price-point, this might have a reason to exist. In fact, it could have been an interesting module. Could. Welcome to the subjunctive, everything could be so nice here. As provided, I have to compare this to all of these options – and while it is no train-wreck, it is a bit like a restaurant charging for a bland fare when there’s your favorite steak house right around the corner. This is no train-wreck, but in the context of current Pathfinder 3pps, their quality and offerings, I can’t rate this any other way than 1 star – it is inferior to almost all its competitors.

The Slaver Caves of Dorden is available from: 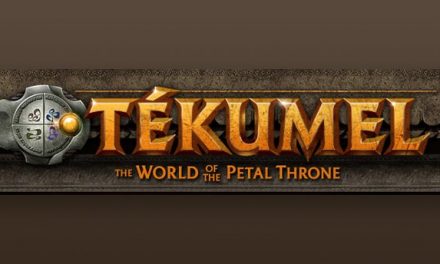