In the tradition of Legendary Games’ Mythic Monster series, we kick off with an uncommon piece of introduction – multiple pages of glorious, actually awesome to read in-character prose in vernacular – rather awesome and sets well the mood for the dreadfully efficient and lethal Devils to follow! The section also provides a cool template-expansion for Bestiary 4’s Devilbound creature template, including types of devil the basic template failed to cover – glorious.

Now I know, you’re here for the creatures, so let’s take a look at the CR 4/MR 1 Accuser Devil may replay information witnessed and influence targets with dread visions of the torments of hell – interesting variation of the base creature that opens some new storytelling potential in spite of its low MR – neat.

At CR 13/MR 5, Mythic Hamata (or barbed devils – both monikers are provided for each creature herein), these guys can use mythic power to add caltrop-like barbs to their casts, fling barbas and their defenses and reflexive damage make these creatures appropriately lethal. At CR 6/MR 2, the Bearded Devil can easily be made into a truly frightening foe – not that these glaive-wielding guys with their lunging sweeps and battle frenzies weren’t deadly – but add a nasty polearm build on top and you get something truly frightening.

CR 12/MR 5 Contract Devils may utterly negate attacks with mythic power, gaining essentially an immediate action lesser time stop! Even before the improved contract abilities, this one is EVIL. The Erinyes, one of my favorite devils, clocks in at CR 10/MR 4 and not only is an even better hunter than her mundane brethren, she also receives deadly animated ropes to hassle and catch her quarry while she pelts them with her deadly arrows.

The CR 17/MR 7 Handmaiden Devil may contain foes in her writhing tentacled, lower body and truly prevent the escape of adversaries with superb grappling powers. CR 15/MR 6 Heresy Devils may belch forth deadly, unholy and acidic, clinging bile and assault foes va flying, infernal glyphs. As a nice supplemental information, we also receive the new Robe of Lead item. Mythic Imps a CR 3/MR 1 are okay, and the necessary Mythic Improved Familiar options are provided, including a proper codification for trying to soul bind the master upon death. Still, I would have enjoyed a unique, new offensive trick.

The CR 20/MR 5 Cornugon deals deadly types of bleed damage with all attacks and a look at the potential damage output of these guys is nasty indeed -these engines of destruction will plow through lesser foes like a knife through butter. Now we all know that there will be this one star here – the CR 25/MR 10 Pit Fiend. OMG, cremating foes slain, blasting resistances and immunities to smithereens, making lemures into other devils, consuming souls to heal and regain mythic power – these titans of infernal might are damn impressive brutes that will provide ample challenge even for the most mighty of mythic heroes.

At CR 9/MR 3, the Vengeance Devils (aka Salikotal) are the true assassins of hell – with Death Attack, additional effects for those slain via Murder Curses, the ability to mark targets for death and even an ugly death throe, these guys are imho very strong for their CR – and that’s a good thing in my book. The CR 9/MR 3 Levaloch Warmonger Devils can call forth areas of razor-sharp, entangling chains, masters of their nets and glorious tacticians in the well-oiled war-machine of hell.

The new creature herein, the serpentine fallen angels called Lisslefer, or Temptation Devils, clock in at CR 7/MR 3 and are about seduction – bartering mortals of their souls for wishes, changing shape, infusing wis-damage dealing poison into targets (which also impedes spellcasting) and the array of spell-like abilities (focused on illusions and enchantments) and the option to swallow corpses to heal (and get rid of evidence) make fpr a well-crafted adversary with a cool artwork to boot. If this creature had one problem, it would be that the last mythic Monster-original beast set the bar exceedingly high.

Editing and formatting are very good, I didn’t notice any significant glitches. Layout adheres to legendary Games’ two-column full-color standard and the book comes with two neat full color artworks of top quality. While the pdf is studded with the good type of hyperlinks, annoyingly, no bookmarks are provided.

Jason Nelson, Alistair Rigg, Tom Philips and Jonathan H. Keith have crafted an array of damn cool devils – that require a second glance to get why the builds are good. Much like the Devils herein, the builds are more subtle than those of Demons – less in your face, with many small pieces interacting. Unlike in some Mythic Monster-books, we are not squashed by an awesome array of new and unique signature abilities (though each creature still at least gets one!) – instead, the abilities, new magic capabilities and feats combine into making some downright brutal adversaries. The devils herein intended for combat – you can see hell’s efficiency in them. The seducers – they’re subtle and codify all those bargaining abilities usually left for the DM to handwave, which is neat as well.

I won’t lie – at first, I was somewhat underwhelmed at a high level – I expected more flashy abilities here and there. Then I started analyzing these builds and realized how deadly they actually are. So take a deep breath and read the fine print of these statblocks – they are actually very awesome. Still, while there is nothing per se wrong with this installment, I would have enjoyed something a tad more flashy here and there, especially in the new creature, which, while still far above average, didn’t blow me as far away as the best of the original beasts.

Hence, my final verdict will “only” clock in at 4.5 stars, still rounded up to for the purpose of this platform, for the builds in the end are too deadly, too lethal not to like. So show your PCs how deadly the forces of hell truly are! They’ll be begging for incursions into the Worldwound and fighting Demons instead…

Mythic Monsters: Devils is available from: 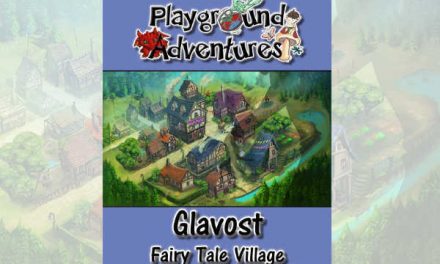