Legendary Classes: Rune Magic is 25 pages long, 1 page front cover, 1 page editorial/ToC, 3 pages of SRD, leaving us with 20 pages of content, so let’s take a look, shall we?

So – what is Rune Magic? Basically, it is the force that initiated the calling on PDG’s much-anticipated setting of Porphyra, calling in the clash between two traditions, the New Gods to the world – and now you may harness this primal power. Runes, on a basic level, are essentially Words of Power as you know them from Paizo’s Ultimate Magic supplement.

The first way to do so is via the variant class (based on the alchemist, but honestly, completely different!) Runecaster: d8, 4+Int skills per level, 3/4 BAB-progression, good fort and ref-saves, proficiency with simple weapons and light armours, but not shields and wordspells of up to 6th level.

In order to harness the power of runes, runecasters pay a price – their voice. Instead of a voice, a non-illuminating script shows up as language over their heads – an interesting concept indeed and a nice fluffy instance – and yes, vocal components can still be cast, the component showing up in a similar way. An interesting unique display for their power. They start the game with one first level word spell per day and knowledge of all target words and the boost meta word as well as knowledge of 1st level effects or meta-words equal to 2+Int mod and may add one effect or meta word every level to his/her formula book. New words may also be learned as per the normal rules.

As a kind of analogue to the mutagens, runecasters may paint runes on their flesh starting at first level – a process taking 1 hour. Activating a rune (only one can be maintained at any time) is a standard action and while under the effects, the runecaster gets +2 natural armour and +4 to one physical attribute of the runecaster’s choosing for 10 minutes per class level, but also incurring a penalty of -2 to the corresponding mental attribute – i.e. Int for str, cha for con etc.

As those traditionally tasked with securing holds, runecasters may also create so-called wards. Painting such a ward takes a full round action and up to class level + int mod runes may be active at a given time, each lasting runecaster level minutes or until discharged. The damage of their 5-foot burst being based on 1d6 + int-mod, scaling up to a whopping 10d6 at level 19. And it is this ability that has been massively revised, now thankfully sporting a daily limit as well as a more concise wording that takes the time it takes to disarm these into account – two thumbs up! Oh yes, the disarm-DC now scales

Especially since that’s not everything wards can do: Starting at 2nd level and every two levels after that, the runecaster gets a so-called ancient secret, i.e. one of 40 (!!!) different talents – all of which also come with a handy table to give you an overview – commendable! And these do allow you to make some interesting modifications: E.g. you may exclude one of the basic creature types like “dragons”, “monstrous humanoids” etc. to never trigger your wards, or via another one, exclusively be triggered by a type – which makes for nasty ideas for DMs. Wards may also be laced with elemental damage, add negative conditions like blindness and confusion etc. to their wards. Not all ancient secrets are based on wards, though +4 counterspelling word-spells is also possible, as is making a word spell of up to 3rd level permanent. They may also increase wordpsells cast from scrolls to their casterlevel, fortify their bodies via fleshrunes, create a fleshrune that boosts your mental attributes at the cost of your physical abilities etc. They may also learn to heal limited amounts of damage each day via touches (which, when retained, automatically heals the runecaster when s/he is dropped as a nice type of contingency) or do something rather unique:

It is no secret that I LOVE Purple Duck Games and Rite Publishing’s Legendary Items/Legacy Items, i.e. powerful items that get levels with your character, and some abilities of the runecaster allow you to interact with these items to e.g. ignore a part of such an items prerequisites to wield. I should also mention that thankfully the more powerful options require either other secrets or minimum level prerequisites.

The class may also choose from 6 awesome capstones that allow the class to forge artefacts, become immortal or increase e.g. Int by 2, get fast healing 5 etc. – nice. The class also comes with a sample NPC at 1st level and 2 feast – one to increase the number of wards you can have simultaneously active and one netting you an additional ancient secret. In a superb example of 3pp camaraderie and support, the favoured class options are a thing of beauty: Beyond even core races, ARG races and PDG’s races, we also get e.g. favoured class options for e.g. Alluria Publishing’s Remarkable Races. And better yet – these favoured class options are actually distinct and imho balanced.

The second new class featured herein is fluff-wise slightly tied to the orcs, would be the Runereavers, a barbarian-variant that gets full BAB-progression, d12, 4+Int skills per level, proficiency with martial and simple weapons as well as shields (except tower shields) and light and medium armour as well as good fort-saves. In the first round of battle, these fighters get a bonus to damage that starts at +1d6 and scales up to +1d12. They also get +1 dodge bonus to armour and +1 to intimidate when not wearing armour and scale these bonuses up by +1 for every six levels after the third and a second ability that nets them natural armour +1 when not wearing armour at level 7, +1 for every three levels after that. (Improved) Uncanny Doge can also be found among the class abilities, as can gaining character level+con-mod SR at 11th level. But what are the signature abilities?

Bloodrunes. At first level, he gets one, then at 2nd level again and every two levels after that. Activating blood runes is an immediate action that does not provoke AoOs. Runereapers get str-mod rune points and each activation of a bloodrune costs one such rune point. Now where things get interesting is in the fact that they do not replenish as usual via rest, but only via the defeating of foes -what constitutes ” defeating” being subject (THANKFULLY!) to DM-judgment (No, you can’t spar with your friends and have them take a dive!), but usually involving beating foes below 0 hp or sending them fleeing in panic. Unless I’ve miscounted, we get 36 different bloodrunes to choose from –

From enhancing single damage rolls to ignoring object hardness when sundering, rerolling failed fortitude saves or ridding yourself of exhaustion or fatigue up to using a rune to make a foe entering your square provoke an AoO – whether or not said adversary would usually provoke such an attack. Definitely interesting abilities, somewhat in line with the gunslinger’s grit – a truly interesting take on the mook-mower that should make for an interesting playing experience. The capstone is okay – the runereaper always moves first and gets a standard action every time s/he defeats a foe.

Beyond the class, we also get a sample level 1 NPC, a feat for +1 bloodrune power, one for +2 rune points and once again – a HUGE, massive and impressive list of favoured class options for just about any race you could ever desire.

Editing and formatting are very good in the revised edition -while not perfect, I did notice no significant ambiguities anymore, just some minor typos. Layout adheres to a 2-column standard that is printer-friendly and comes with nice full colour artworks. The pdf comes fully bookmarked for your convenience.

Author Josh McCrowell has taken one damn complex (and arguably suboptimal) mechanic with the Words of Power-system – and it works. Approaching the system as one component of the class instead of its defining feature means that they actually work – so kudos for that. With the wards now working as they should, the class now actually makes me contemplate introducing these fellows in my game.

The Runereaver in contrast takes an interesting take on a barbarian-style melee-class with distinct mechanics. The rules-language of this class has been cleared up as well.

Purple Duck Games has vastly improved the original pdf and taken care of the rough edges, resulting in an improved experience for all using this pdf – while not yet perfect, I can know recommend this supplement as a good purchase, especially for all fans of words of power – my final verdict for the revised edition will hence clock in at 4 stars.

Party of 1 – Kalgor Bloodhammer and the Ghouls through the Breach 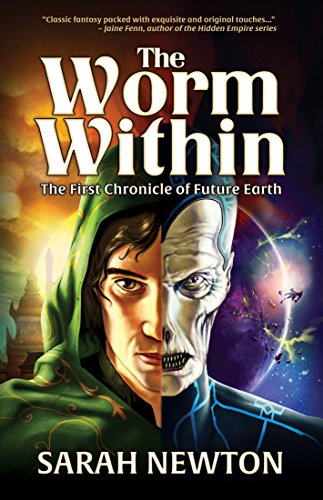