7 Icon Campaign clocks in at 10 pages, 1 page front cover, 1 page editorial/SRD, leaving us with 8 pages of content, so let’s take a look!

So, 7 icons, hmm? Concept-wise, the following have been combined: Dwarf king and crusader (=Dwarf King), emperor and gold wyrm )=Golden One), archmage and priestess (=Hierophant), diabolist and lich king (=Queen of Hell), the three and prince of shadows (= The Three), elf queen and high druid (=The Wild Queen). The Orc lord is still just the orc lord – no combination there.

The new icons do come with new sample options – the servants of the Dwarf King may take the a feat that completely changes the “That’s Really your Best Shot?” racial power: 1/battle as a free action, you can react to being hit with a healing recovery. If the escalation die is less than 2, only at half strength, though. You have to roll this one…because you get half the rolled result as bonus damage to the next attack that hits the enemy. OUCH. That being said, the ability does not work if you’d drop unconscious. The damage this nets is pretty nasty and not something suitable for all 13th Age campaigns, though it should work in the majority.

Paladins of the Golden One may select a new talent which allows of vs. PD golden flame attacks while also providing resist fire – scaling via feats and levels. Solid one. The Hierophant’s followers get feats that allow for the exchange of cleric and wizard talents and the swapping of spells. The Queen of Hell gets a new 7th level necro-spell – that puts a helpful demon/undead spirit into your ally, healing them and keeping them alive…but yeah, it’s friggin’ possession…and yes, this spell can have some nasty consequences and narrative effects. Bards of the Three can take a new talent that adds an effect when you end a song or fail to sustain it: Either a better critical range, lightning damage or a quartered recovery as a free action. A couple of design-aesthetic points: Quartered recovery is not a particularly elegant mechanic. Expanded crit range is nasty and further adds to 13th Age’s massive damage output. Oh, and via feats, you get the improved versions – the three effects don’t feel particularly well-balanced among themselves and The Red = healing feels odd to me.

The Wild Queen’s sorceror followers can Gather Wild Magic via a new sorceror talent, replacing the basic gather power feature – you roll 1d6 and have one of 3 effects, with each tier getting better and respective feats unlocking more. The defensive gathering here is pretty cool and makes sorcerors be a bit tougher; at the same time, it does not really alleviate the fact that gathering magic still is the default MO of the sorceror, meaning you’re only doing cool stuff when not gathering power. My players don’t particularly like this mechanic of the sorceror and neither do I. Your mileage may vary, of course.

The pdf closes with some notes on ancient history in a campaign featuring the 7 icons as well as some questions for the respective races and classes. These range from “useful” to “wasted space”:

“We haven’t tinkered with the chaos mage mechanics as they’d need to be tinkered with for the 7 Icons campaign, partly because Jonathan wasn’t going to welcome one into the campaign. So the real question here is probably: can you and your GM figure out how to translate the icon-mechanics embedded into the chaos mage into a 7 Icon framework?” – Okay…thanks for nothing, I guess? Some contemplations are valid and useful, but why couldn’t the authors be bothered to include suggestions for all? That’s kind of what we buy such books for, right?

Editing and formatting are top-notch, I noticed no significant glitches. Layout adheres to 13th Age’s 2-column full-color standard and the pdf provides neat re-shaped icon-symbols for the 7-icon-campaign championed here. The pdf has no bookmarks, which is a slight comfort-detriment.

The 7-icon scenario is something I very much enjoy and one can see Rob Heinsoo and Jonathan Tweet’s mastery of their own system here -I like this. After all, from a narrative perspective, this means that each icon (minus orc-lord) becomes more interesting: Has e.g. the Dwarf King gone off the deep end? The icons presented here feel less one-note to me, and this is a good thing. The new crunch ranges from awesome to fluff/crunch-discrepancy – I mean, come on: The Red allows for healing, really? I don’t understand the rationale here.

I also really would have loved the new icons to get the full-blown, detailed write-up like in the core book, including “everything’s all right…”-sections and the whole shebang – as written, they feel a bit more rudimentary than what they could have been. Which is jarring, since, especially to me, their more diverse focus would have provided ample space to explore shades of grey and uncommon thematic overlaps. All in all, this is a solid addition to the 13th Age Monthly-series, but one that suffers from the brevity of the format. I can’t help but feel that better questions at the end, slightly more details for each icon, would have made this pdf truly awesome. As presented, it is a solid choice, but by no means required or for every campaign or even a 7 icons campaign- my final verdict will clock in at 3.5 stars, rounded down to 3 for the purpose of this platform.

7 Icon Campaign is available from:

Rise of the Drow, Part 1: Descent into the Underworld

RPG Review – Into The Breach: The Oracle 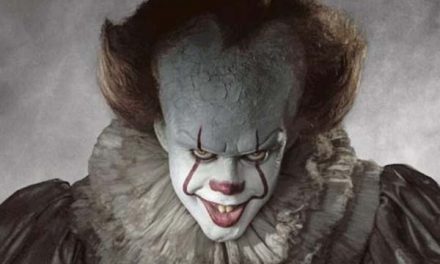