This pdf is 6 pages long, 1 page front cover, 1 page SRD, leaving us with 4 pages of content, so let’s take a look, shall we?

So what is this pdf? Well, it introduces us to Filigree golems, a favourite of nobles – and not simply in one incarnation, but in 5 variations ranging from CR 2 to CR 6. These golems get the Freeze-quality and also may be studded with so-called modules of which 10 are provided – they can e.g. serve as mobile chandeliers that emit heat, provide candlelight, dazzle foes with crystalline brilliance, get increased reach and the option to strangle foes, become slower but stronger, be made from sharp glass, regenerate upon destruction as a CR 2 filigree golem, gain SR or elemental resistances or move faster and get a bonus feat – these customization options are nice indeed.

But this pdf has more to offer than filigree golems: There also are golem variants in here: Fleshgolems may for example be turned into Acidflesh Golems (CR +1) that punish foes with a retributive acid spurt if they are attacked in melee or be studded with gasbags that allow the golem to belch noxious fumes akin to stinking clouds and even emit these fumes when dealt damage.

Clay Golems also get two variants at CR +1 each: The divisible clay golem can be split into two each with half HP) by slashing or piercing damage (though I don’t get the latter), whereas the unbaked clay golem may grab foes and swallow them whole.

Editing and formatting are not up to Interjection Games’ mostly flawless track record – the text of the module ability in the filigree golem’s CR 6 incarnation is actually the one from the CR 4 incarnation repeated – including the faulty rules-information. Furthermore, I noticed some lacking spell-italicization. Layout adheres to Interjection Games’ two-column b/w-standard and is rather printer-friendly and clear in its presentation. The pdf comes sans bookmarks, but at this length doesn’t necessarily require them.

Hmmm. Per se, I do like the idea of filigree golems and the amount of sample basic statblocks is nice – though honestly, I would have preferred the sample statblocks to already include modules to be ready for drag-and-drop. As presented, we get the basic statblocks but still have to modify them. Also, a template that allows the DM to see how many modules would be appropriate for which CR at one glance would have made using the per se cool golems easier. Additionally, the box on filigree golem construction could have used a module breakdown as well – having to look for the statblocks is slightly counter-intuitive. The Grab+Swallow Whole-combination of abilities for clay golems with their DR, magic immunity as well as cursed wounds and a Str of 24 also strikes me as more powerful than a CR +1 modification – the combination is awesome, but also extremely deadly – with the DR, a swallowed creature would have to deal 20 hp damage to escape being swallowed. With a light weapon. Yeah. Probably not going to happen too often before 27 unhealing points of damage kill the foe…

So yeah…per se, a rather cool offering at a fair price with some hick-ups -and while none of them per se are bad, they do add up Usually, I’d probably settle for a final verdict of 4.5 or 4 stars, but the combined gripes fielded, especially the at first confusing module-glitch with the CR 6 statblock, make me settle on a final verdict of 3 stars instead – a worthwhile, if not perfect purchase.

Featured Creatures: Golems is available from: 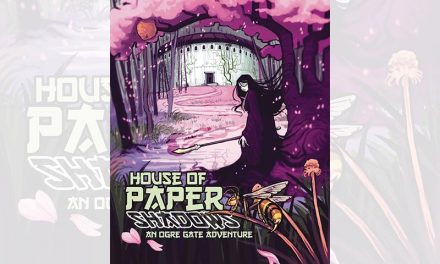