Book Review – The Heart of Veridon

I have had this novel in my bookshelf for a while and always put off reading it because steampunk is not my thing very much. Mixed with a dash of science fiction and another, hearty dash of fantasy, The Heart of Veridon sounded like a bit too much of a mix to garner my interest, I must admit.

Still, taking advantage of a holiday with a long plane trip, I decided to put my tablet away and dig this book to see if would keep me occupied for 10 hours. It didn’t. It took me less than 10 hours to finish it. That is not a criticism, by the way… that will come a bit later.

So what’s this novel all about? Well, the star of the book is Jacob Stone, a noble’s son who’s fallen from grace and decided to become a criminal, even though he still has a heart of gold on a part time basis and can be a bastard because… well.. he doesn’t give two hoots anymore. Daddy issues. Literally.

Anyway, it seems that just by chance he gets an artefact from a diying friend he didn’t recognise for a while. Jacob remembered just before killing him when a zepliner they were travelling on crashes down killing all their occupants. Except Jacob, of course, who manages to survive despite all odds. Maybe because this was the second zep that crashed he was in. He probably got a level in “Survive from falling Zeps”.

Sorry… sorry…. I’m being cynical here. You might have noticed.

Anyway, this artefact is wanted by all sorts of people. The mafia, the police, the nobility, an ancient creature with more super-power than the Justice League…

So he has to escape and try to find out what is going on so he doesn’t get killed. His friend Emily and an Anansi (sort of a mix of spider and human) called Wilson – I know, right! – help.

After a lot of adventures, near-death experiences, discoveries, mysteries and a liiiiiiiitle bit of romance, the book ends. Just like that.

One thing I have truly enjoyed of this book is the world. Although vague in places, the description of the cities, the technology, the religion and their ancient gods, the different species of sentient beings apart from humans… Everything is very, very atmospheric and I must admit very original.

The mechanical aspect of the origin of the world, the birth of the city, the relationship between technology and religion and its dependence from each other, it’s all utterly fantastic and left me wanting to read the role playing game and get lost in adventure in that world. I found it utterly fascinating and the level of detail that Akers goes to detail everything and make it make sense is excellent.

Character creation was a bit weaker. Although all characters are very good and have their motives, personalities and experiences congruently reflected in their actions and dialogue, the main character is a bit too cliched. A noble boy who feels betrayed by his family when his dream of becoming a pilot doesn’t materialise and decides to get the thrills he can’t get flying by becoming a criminal for someone called Valentine.

In the case of the female character, Emily, she’s also a criminal but instead of just being tough, she’s also a prostitute. And she uses her… err… virtues, in her job. I also found that a bit cliched. Why does she have to be a prostitute? Why can’t she just be tough and independent? It doesn’t gel with me.

Yet the characters that are allies but don’t participate as closely as Jacob and Emily . Valentine, Wildson the Anansi, the fallen Wraith… they all feel perfectly congruent without any gaps in their behaviour. Maybe because they are simpler, less detailed and yet just as nuanced. They work very well.

Even the villains make sense and the political intrigue is well balanced and placed. It helps give a sense of history and cohesion to the whole situation and the way the city of Veridon works.

The Heart of Veridon is a good novel with some amazing ideas and a good, although a bit cliched plot. The accidental chain of events that then happens not to be totally accidental is a bit trite in my books. The main character with daddy issues is also a bit overdone and the woman who is a prostitute… c’mon… there are better ways.

The book also lacks a bit of editing. There is no editor credited in the edition I have, so not even sure if there was one. The author uses some words too many times and sometimes tautologies are really obvious. Also the odd occasion in which the same thing is explained twice in different places of the book.

However all that pales into insignificance when you read the book because it is so rich and visually appealing – as in the language helps very well to conjure images of the scenes in your mind, at least in mine. The novel reads very easily and quickly, even for a slow reader like me.

The one thing that disappointed me the most was the ending, though. Although it felt it would go into an epic scale, the whole thing wound down and ended up in a bit of an anti-climax. Not a cliff hanger, not a breaking point… it just ends without a true resolution. But it doesn’t give you any reason to look forward to more… It’s weird. Not bad… just weird.

I wouldn’t say this novel is a masterpiece, but it’s certainly worth a read. It’s very enjoyable, full of very good and original ideas and it does something cool with the Steam Punk aspect, as well as the fantasy.

If you don’t mind a weird, anti-climatic ending and are a fan of Steam Punk Fantasy, this book is certainly one to look into.

If you have enjoyed this book review, please consider becoming one of our Patreon sponsors.

The Heart of Veridon is available from: 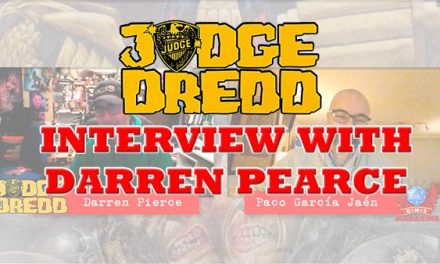 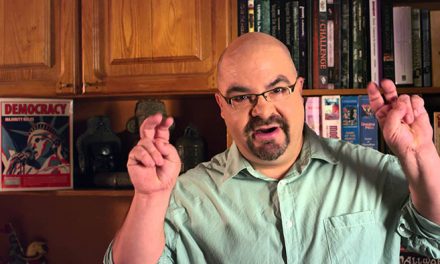