Should you bring adult-themed adventures at conventions? 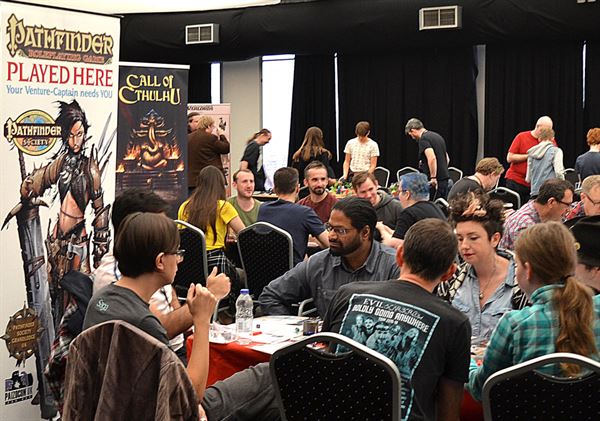 It is questionable whether you should bring adult-themed adventures at conventions, even though we all have used games to explore topics of adult nature.

When we are in a public space and we are going to play with people we do not know, running an adventure that contains sensitive topics even for an older audience is very risky and could ruin someone’s experience for the rest of the convention.

As much as we could enjoy looking into the darker, or most intimate sides of humanity or ourselves, the probabilities of hurting someone who has gone through some traumatic experience makes the whole experiment too hazardous and not worth it.

Recently, at the UK Games Expo such situation took place. Someone thought that including a scene of rape in a game with people he didn’t know (even though it is against the convention’s guidelines) would be a good idea.

There were several complains that forced the organisers to take action and act swiftly, ejecting the GM from the convention for life to protect other people who could end up playing with him.

Alas the BBC took hold of the news and things went from bad to worse.

In the following video I wanted to talk about that topic and start a conversation about the role of adult-themed content in games and whether to approach it at conventions and how.

The image for this article comes from tabletopgaming.co.uk

Interview with Alf Seegert and Musée