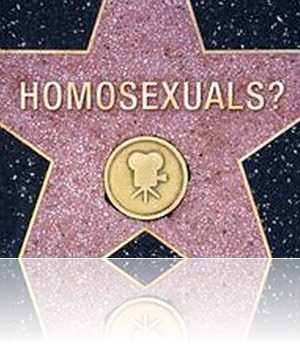 Let’s concentrate on the people who don’t know how to deal with characters who are non-straight.

I am prepared to believe some don’t know how to deal with that because there are people who live in areas where it is less accepted, there are less outed people or whatever other reason. I am going to think they are not homophobes, just ignorant. It happens… nothing wrong with that.

So, blessed as I am by knowing a lot of LGBTQI people, I went to my social network circles and asked around. And I got a lot of really good advice.

To start with, my friend James Pisanich said: “For people at your house I recommend you just forget their sexual identity and treat everyone as a friend”.

And this is sound advice. Just imagine those player characters are your friends. To some degree, they are an extension of the player friend who is playing them. Does it matter to you if your friends are LGBTQI? If it matters to you, then you are part of the homophobe group, this part of the article doesn’t apply to you. No part of this article applies to you.

Otherwise, treat that character as you treat your friend. Don’t make their sexuality an issue. Just let it be there as and when your friend decides it should be. It will probably be less often than you might think.

Someone I do respect a great deal, Erik Scott de Bie  said: “…it’s all about casual inclusion. The male bartender whose husband is the cook. The snot-nosed noble heir who has both male and female prostitutes hanging on him. The beautiful elf lady who dotes on an elderly matron who has been her lover for fifty years… You just have these characters show up and don’t treat it as strange or unexpected.”

Erik also goes out to point that “A lot of people confuse “sexuality” with “sexual,” thinking that including non-straight people is tantamount to including sex in a game.”

This is probably the strongest fear a lot of people have: If I have gay characters, I will have to have gay sex. Establishing as part of the social contract around a table a “no graphic sex scenes” game – either straight or homosexual – will solve that problem. You can then concentrate on having fun with the characters.

Avoiding casual homophobic language is also something you can do and it is a lot more important than you might think. Questioning their manhood for being gay or likening them to women will only help make people feel uncomfortable, even if it is something that socially accepted.

I know this can be hard, specially if you know the person and ar used to joking with them, so ask them for help. Ask them to point out when you have inadvertently overstepped the mark. You will find out it is a lot more often than you realise.

Which leads me to the next point: Ask your players. If you are unsure about how to deal with a character from the LGBTQI spectrum, check with your player and ask what they need from you as a GM, or as a game companion. It is unlikely that person will chastise you for asking. It depends how you ask, but it is unlikely.

Of course you could also turn the whole adventure into an LGBTQI issue, as suggested by both Erik and Jessie Foster. How about a princess who asks your help to bring her lover back who has been sent away by her homophobic father? Why not have a prince who wants to be smuggled away to be with his knight? And why not having a prince asking you to gather some components for a spell that will transform her body into a female body so she can feel complete?

However, if you are going to go with this, do check with your players. They might be dealing with similar issues in reality and need the game as a means of escapism. Shawn Harris made a great point that “LGBT people know more about homophobia and transphobia than cishet people, so either leave it alone (‘cuz you’d be surprised what went on historically) or ask for tips from the player.”

Also, make sure that homosexuality is not the enemy. Don’t use any NPC’s sexuality as the reason why they are in the wrong, or the antagonist.

Overall, the safest bet is to, simply, not make a big deal of it. Remember you are playing a game, not a life-depending reenactment that will cost you anything.

Just have fun and let people have fun.