Sometimes when you think you have planned just one or two moves ahead, the random factor can really whack you out of nowhere. So when I volunteered a while ago to write a report on the Transylvania International Gaming (TIG) con, held from 22nd-25th May 2014 in Cluj, Romania, I had no idea that I myself would miss the con because of family illness. While I could write plenty about emergency surgery, the Intensive Care Unit and the excitement of X-rays, I am not so well-informed about what the gaming group in Transylvania was doing while I was in England waiting for the news from hospital. And then when I got back to Cluj (once the patient was finally well and out of danger) and asked everybody how the con had been, I got the further nasty surprise that our friendly local gaming store, the Red Goblin, was closing down at the end of June.

Board-gaming is a strong hobby in Romania and classic games are extremely popular – it’s the kind of country where there are chess tables in the public parks and you often see people playing backgammon in the cafés in the middle of the morning. Modern board-games are also well-known, with plenty of local clubs and at least two distributors (Lex Games and Ideal Board Games) specialised in localised Romanian-language versions of games. The Settlers of Catan sells well in supermarkets, and many of the country’s bookshops also have at least a shelf of boardgames – and sometimes a big display table, crowded with titles. As well as importing foreign games, Romanian companies also design and produce their own games, with an eye on the export market as well. Some of these titles were featured at the TIG con, either in playtest versions or in Kickstarter-ready pre-publication prototypes. So with such a lively gaming culture in the country, what happened at the Cluj con?

The con was held over four days at the city’s 2,200 square-meter exhibition and trade fair showground, Expo Transilvania. There were already a couple of problems here; four days is ambitous for a first con, and the Expo’s location away from the city center meant that there was very little walk-in trade from casual visitors or family groups. Despite low ticket prices, the venue is simply not in a part of town where anybody would decide to step in on the spur of the moment, meaning that visitors were restricted to those who had heard about the event in advance. Thursday and Friday attendance was very low, although the numbers began to pick up over the weekend. That leaves the dedicated gamer crowd, who came as much as they could but who were not enough to fill the large venue.

Visitors and guests came from across Romania and many nearby countries. There were games companies exhibiting from Russia and Hungary, and a group of gamers came from Bulgaria for the event. Potential Ukrainian visitors had other worries right at the moment, alas, and Serbian guests who might have come to the con were badly affected by the floods and had to cancel their travel plans. There’s that wicked random factor again – when I think about the trouble some people have had with civil war in their country or their homes washed away by three months’ rainfall in one night, it makes my own brush with family illness seem like nothing at all. And it also makes me think that any game designer who stacked the events deck with all these horrible possibilities would be denounced as unfair in play-testing.

So yes, the random factor can really screw things up. But then again, there are certain things that you really have to do when planning a con. The website for the event was not well designed – I really can’t stand gray-on-gray for text, and it’s more than just a personal taste on my part because it makes the words very difficult to read. It gives some of that dark and spooky atmosphere you associate with Transylvania but it also sends readers away. The website was also rather lacking in tourist information for potential international visitors – airline connections, hotels and guest houses near the venue, other attractions in the city, that sort of thing.

This is a shame, because Cluj has a lot to offer tourists and especially it has a lot for gamers to see. Old-school gamers who have played Games Workshop edition of Stephen Hand’s Fury of Dracula (1988) or anyone who knows the more recent Fantasy Flight reissue (2005) will know Klausenburg as a final staging post before the asault on Castle Dracula itself… and that’s the same town. Like many cities in Central and Eastern Europe, Cluj has changed hands many times over the years and has many names. Cluj in Romanian, Klausenburg in German and Kolozsvár in Hungarian. Oh yes, and some people also use the ancient Roman name, Napoca, although as far as I know there are no ancient Romans actually living in the city right now.

However, visitors to the con did get the chance to play the Roman-themed Praetor from local company NSKN games, a worker placement game which has players as city governors competing for the favor of the Emperor Hadrian as they build a new city on his famous Wall. This was one of the games that NSKN also took to Britain the week after TIG-con for the UK Games Expo, a long-established event in the gaming calendar. Their own edition of Praetor is in English, like many games published by Romanian design houses, and there are German, French and Japanese editions from partner publishers due out soon. Another exciting title from NSKN is the civ-builder Progress: Evolution of Techonology, which is doing very well on Kickstarter right now with over a thousand backers.

Another Kickstarter title featured at the con was Transylvania: Curses and Traitors, all the way from Kansas, USA. WIBAI Games are a husband-and-wife company, and far too small to send a demonstration team halfway around the world to play the game on the spot in Transylvania, but they did generously share a print-and-play prototype of their first title. The game has an interesting twist on the hidden-role mechanic since although all players start out as brave monster-hunters aiming at a (more-or-less) collective victory, during the course of play we might pick up enough Curses to become a vampire, a werewolf or a zombie and have our own individual victory goals from that point on. Kickstarter has now closed on Transylvania: Curses and Traitors, with the backer rewards all assigned, but WIBAI are also taking pre-order for March 2015 on their website.

Sometimes we’re working together for a common cause. Sometimes we’re just out for what we can get for ourselves. It’s almost as though there were a lesson in here on how to organise a gaming con and make it a success. When I got back from tending the sick and asked the organising committee how the con had been, one of them sent me a link to a report by some gamers who attended. Unfortunately it’s in Bulgarian. Was her really trying to help me write this article? But what he doesn’t know is that I have the Secret Ability: Read Bulgarian. Our southern neighbours liked the event and the games they played but they felt that the con was poorly organised, badly advertsised and under-attended.

So what happens next year? Raul Recolta, who managed the local branch of the Bucharest-based Red Goblin, is determined that even though his store will be closing down under the Red Goblin name in June, he will find a way to re-open in September so that Cluj still has its own games store. As for the TIG con, this years’s edition was hit from all sides by bad luck and bad draws from the random events deck, and right now it looks as though there will be no second edition next year. However, in 2015 Cluj-Klausenburg-Kolozsvár-Napoca will be European Youth Capital, with all kinds of cultural and fun events throughout the year. Come and visit, even if you don’t play backgammon in your local café at home!

Why Cardiff is an excellent place to be a Gamer

Holiday 2012: So you wanna be a boardgamer 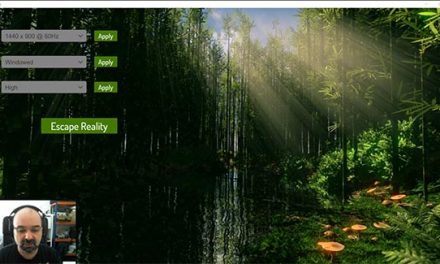